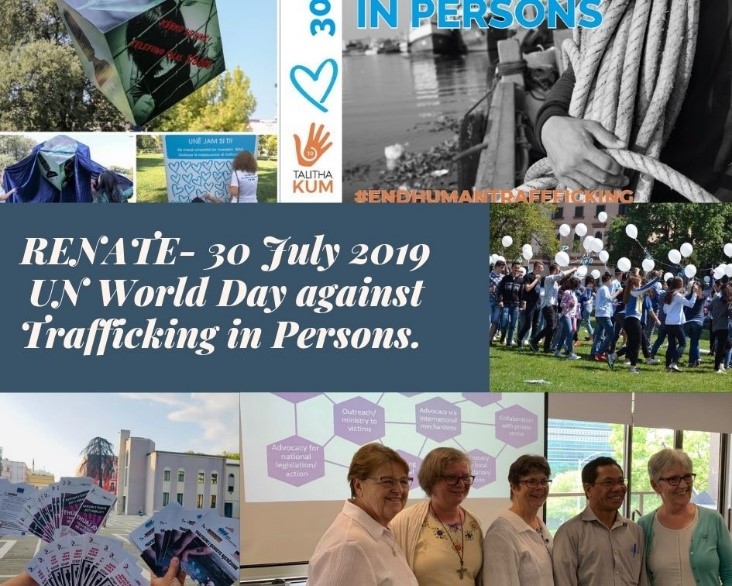 2019 marked another year of increased and dynamic campaigns across the RENATE network, raising awareness about Human  Trafficking and Exploitation.

From Flash mobs in Albania to the launch at the UN of Talitha Kum’s photographic exhibition of Nun’s healing Hearts campaign; from the launch of Fundacion Amaranta’s new manifesto in Spain to the launch of a new Human Trafficking awareness group in Cork city Ireland (Cork Against Human Trafficking) and from training seminars, fun-runs to prayer meetings, a myriad of activities continue to take place.

True to the RENATE policy statement on Human Trafficking and the Law, ‘RENATE endeavours to abolish all forms of human trafficking and exploitation that violates the human dignity and rights of persons. Throughout its European Network, RENATE adopts a Victim-Centred, Human Rights, Trauma-informed approach in relation to the Law,’  we are united in our work to maintain the dignity of the human person and to combat human trafficking and exploitation in all its guises.