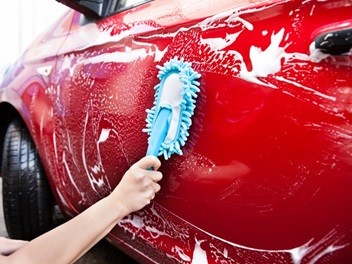 In London, an innovative new app – Safe Car Wash App- has been launched by the Santa Marta Group, the Catholic Church’s anti-slavery project, and The Clewer Initiative, the Church of England’s campaign against modern slavery – amid concerns about slavery and exploitation in Britain’s 18,000 hand car washes.
The capital’s 10,000 black-cab drivers, represented by the Licensed Taxi Drivers Association, LTDA, are being encouraged to support the Safe Car Wash app, an unprecedented attempt to map the extent of slavery in hand car washes in London and across the country.
The app is aimed at eradicating modern slavery in the hand car wash industry. In order to help to develop a more accurate picture as to the scale of the modern slavery problem in the car wash industry, Nottingham University’s Rights Lab have agreed to analyse the data collected from the app over a six-month period and to report back in early 2019.
The publicity around the introduction of the safe Car Wash app is an attempt to support victims of modern slavery and encourage people to identify the signs of exploitation in their local communities.
RENATE members are interested in the extent to which this new app can be introduced and replicated internationally, in a wider and dynamic attempt to combat modern slavery.
For more, please see: http://www.renate-europe.net/london-cab-drivers-safe-car-wash-app/
Prepared by Anne Kelleher, RENATE Communications.