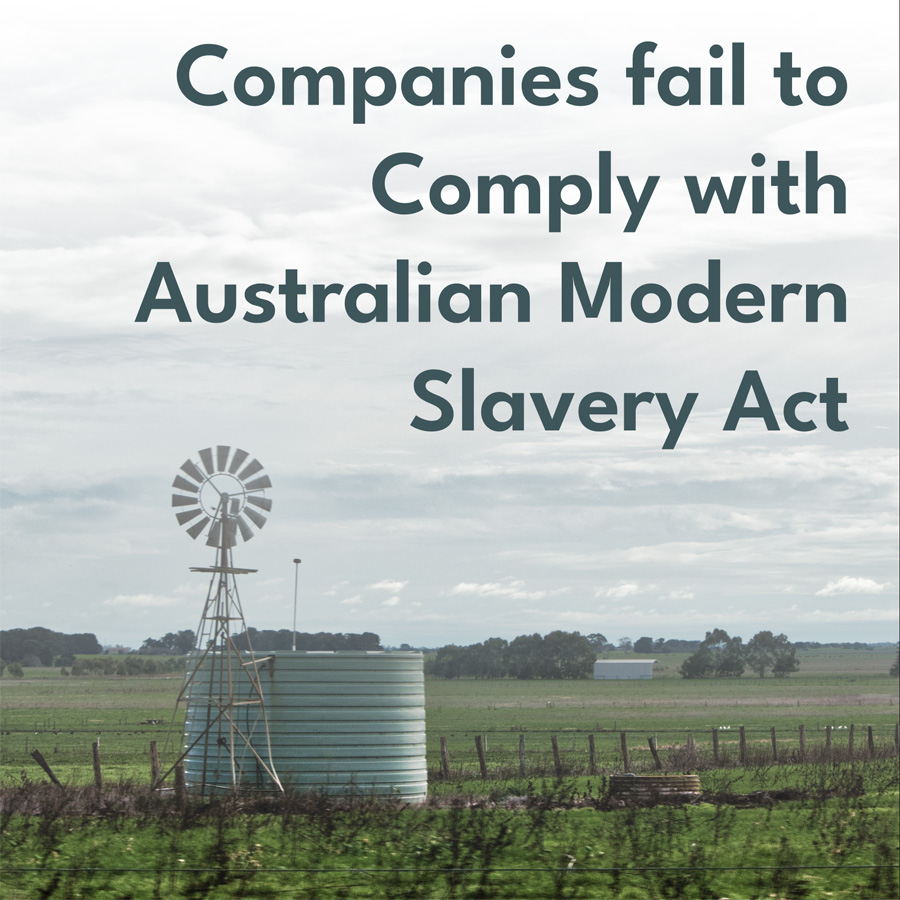 The Human Rights Law Centre has found a poor level of compliance among companies with Australia’s anti-modern slavery law in a recent study.

Since many of the companies affected are global brands, operating equally global supply chains, it is reasonable to say that the Australian Modern Slavery Act could directly and substantially impact against labour exploitation in Europe and all other continents.

However, the research also presents important warnings to policy makers and legislators in any part of the world. It demonstrates the danger that inadequately enforced laws may only produce ineffective ‘paper promises’ from corporations who are otherwise continuing to neglect real opportunities to make their supply chains more ethical and improve conditions for workers.

The assessment revealed that two in three of companies were not meeting the legal reporting requirements, and that many statements made by those companies amounted to mere ‘paper promises’, with no evidence of effective action being taken to improve conditions for workers.

It was found only 1 in 3 of the companies were taking some form of effective action, with only 26% taking simple human rights due diligence checks when taking on new suppliers.

This comes one year after a previous set of statements attracted the very same assessment. Over half of commitments made by companies a year ago to bolster their response to modern slavery were yet to be fulfilled when the second round of reporting was made. The report accuses companies of treating the reporting regime as a ‘tick-box’ exercise, absent of any genuine changes to corporate behaviour when it comes to the treatment of workers.

The implications of these findings are that the Modern Slavery Act is dogged by a lack of compliance, and that the Act has generated only a lip-service level response from corporations.

In response, the Human Rights Law Centre has made recommendations that the law should be bolstered with penalties for failure to comply, and that human rights due diligence checks should be a mandatory requirement. An independent regulating body should be created with powers of investigation and enforcement, and a new cause of action created for exploited workers to seek legal redress, where exploitation has occurred because of a company’s failure to perform due diligence on their supply chains.

The full publication ‘Broken Promises: Two years of corporate reporting under Australia’s Modern Slavery Act’ can be viewed here with further details and infographics about the findings, methodology and industries assessed.