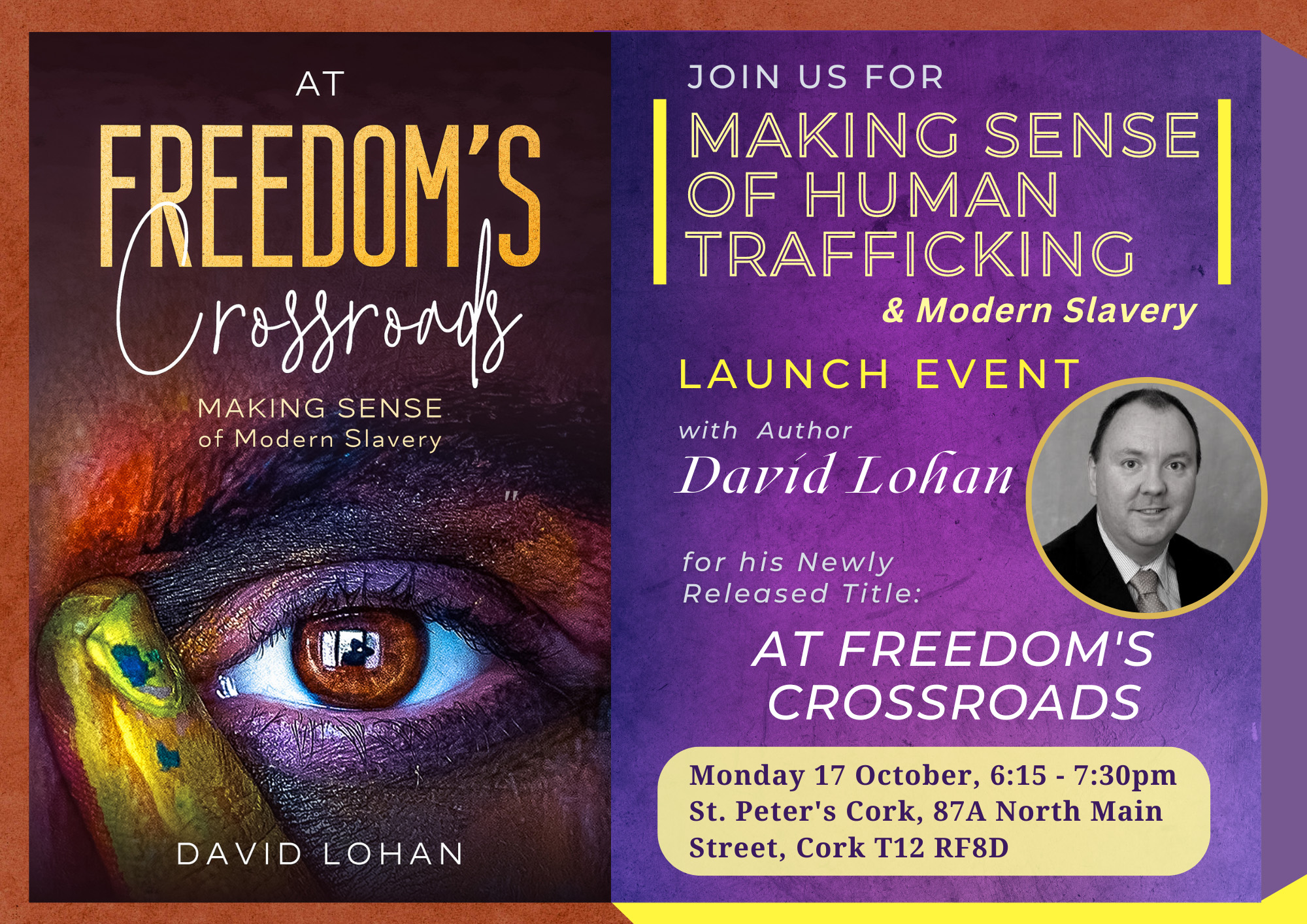 To mark EU Anti-Trafficking Day 2022, author David Lohan will host a public event, titled “Making Sense of Human Trafficking and Modern Slavery”, at St Peters, North Main Street, Cork, this Monday evening, 17th October at 6:15pm. All are welcome to attend to learn more about the reality of human trafficking in Ireland today.

The latest estimates indicate that 50 million persons are victims of modern slavery globally. Meanwhile, Ireland has been recognized as a country of origin, transit and destination in human trafficking, and more than 500 victims have been identified in Ireland since 2013.

During the course of the hour-long event, attendees will hear from experts working to combat human trafficking in Ireland:

The evening will be facilitated by John McGeady, Justice Officer (Advocacy and Campaigns) for the Irish Province of the Sisters of Our Lady of Apostles, based in Ardfoyle Convent, Ballintemple.

Input from speakers will be followed by the launch of David’s new book, At Freedoms Crossroad’s: Making Sense of Modern Slavery. The book strives to challenge ideas about slaves and their slavery, and to challenge some of the conditions that give rise to both. It is available in eBook format from Amazon Kindle and in hardcopy in-store from all good bookshops everywhere.

At Freedoms Crossroad’s provides an overview of the issue of slavery and human trafficking past and present. It considers some key questions including: What is slavery? What does it mean to be a slave? Why does slavery exist today? And what can be done to end it?