Human Trafficking, the Basics of what Nurses need to know. 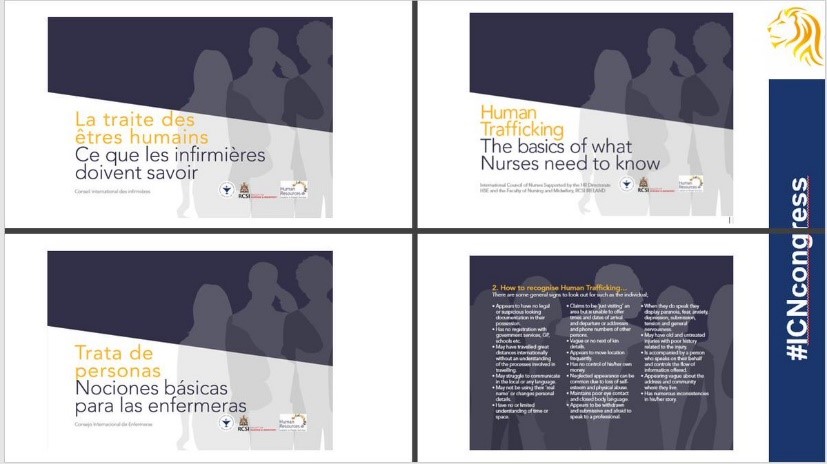 From Singapore whilst attending the ICN Congress of nurses, Kevin Hyland, OBE,  shares with us the most up-to-date resource for those working in the nursing profession, in order to guide them in their role in detecting and protecting victims of Human Trafficking.

The guide was launched at the ICN Conference in Singapore on 30 June last and with a membership of 20 million nurses worldwide, Kevin is optimistic about the possibilities for widespread, positive impact from grassroots level upwards.

The resource is in the form of a fold-out pamphlet which firstly outlines the types of Human Trafficking, listing sex trafficking, labour trafficking, organ harvesting and removal. It also lists associated criminal activities such as cannabis cultivation, street crime, street begging, benefit fraud and forced marriages to name but a few.

It highlights some general indicators to look out for in the case of suspected human trafficking and what actions to undertake if a nurse thinks they have identified a person who has been trafficked.