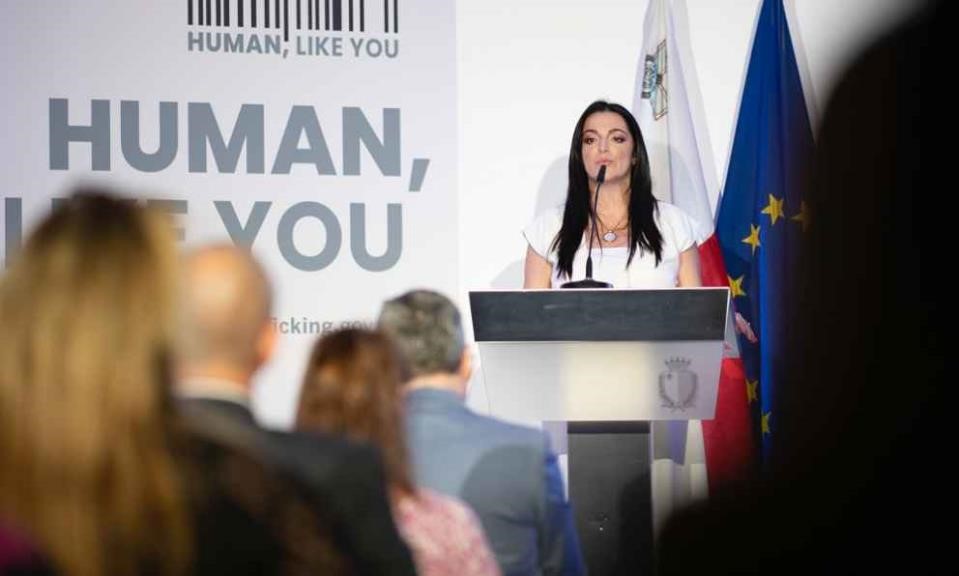 On 20th July 2019, Malta launched the National Education campaign on Human Trafficking. The launch took place in the Cardinal`s Hall at the Inquisitor`s Palace in Vittoriosa ( Birgu).

RENATE member, Sr. Margaret Gonzi, olcgs, attended, representing the domestic violence shelter Dar Merhba Bik Foundation. Margaret was delighted to attend and took the opportunity to network with the invited guests and also promote the work of RENATE. Margaret believes that ‘Human Like You’ campaign will educate people on the different forms of human trafficking in society, with educational campaigns highlighting real-life cases, how they occur and how one can protect oneself from vulnerability to trafficking.

“People think it’s only illegal immigration and sex work, but there is more to human trafficking than we think,” Parliamentary Secretary for Reforms Julia Farrugia Portelli said. A consultation process on human trafficking will be undertaken by the government, putting at the forefront the people’s views and opinions on the issues. “When the consultation process is complete, we will go back to people with viable solutions,” the parliamentary secretary said.

At the forefront of the campaign is a newly launched website which features real stories of people who were the victims of human trafficking, available at: https://trafficking.gov.mt/en/

Margaret is keen to follow up on this Human Trafficking awareness-raising campaign and looks forward to the success of the campaign as it extends across the country.