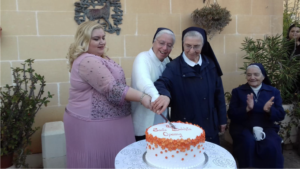 On Tuesday, 5 December, on ongoing partnership between the Ministry for the Family, Children’s Rights and Social Solidarity in Malta and Sisters of the Good Shepherd led to the opening of a new shelter – Dar Santa Bakhita-  aimed at helping victims of domestic violence re-integrate in society.

Mons. Charles Cordina, Pastoral Secretary to Archbishop Scicluna, officially blessed and opened the house. This new home will hold 3 more families that would have gone through the program at Dar Merhba Bik successfully, which will allow them to work on the last few skills to be truly independent.

“No one deserves to be abused or attacked, and we are here to help,” said the sisters. 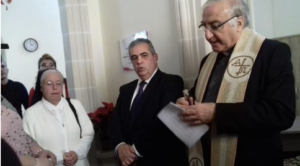 The sisters do work with refugees and also in their localities in a decentralized manner with necessities such as clothes, food, and anything else they might need in their daily lives.

“All people need to do is knock at our door or call at any time of the day, and we will accept them with open arms, prepared to offer them our services,” said Elaine Pavia.

Elaine explained how all the requested information is given to the victims, and if the need arises, they are referred to other agencies.