Update from our Partners in Albania : Different & Equal 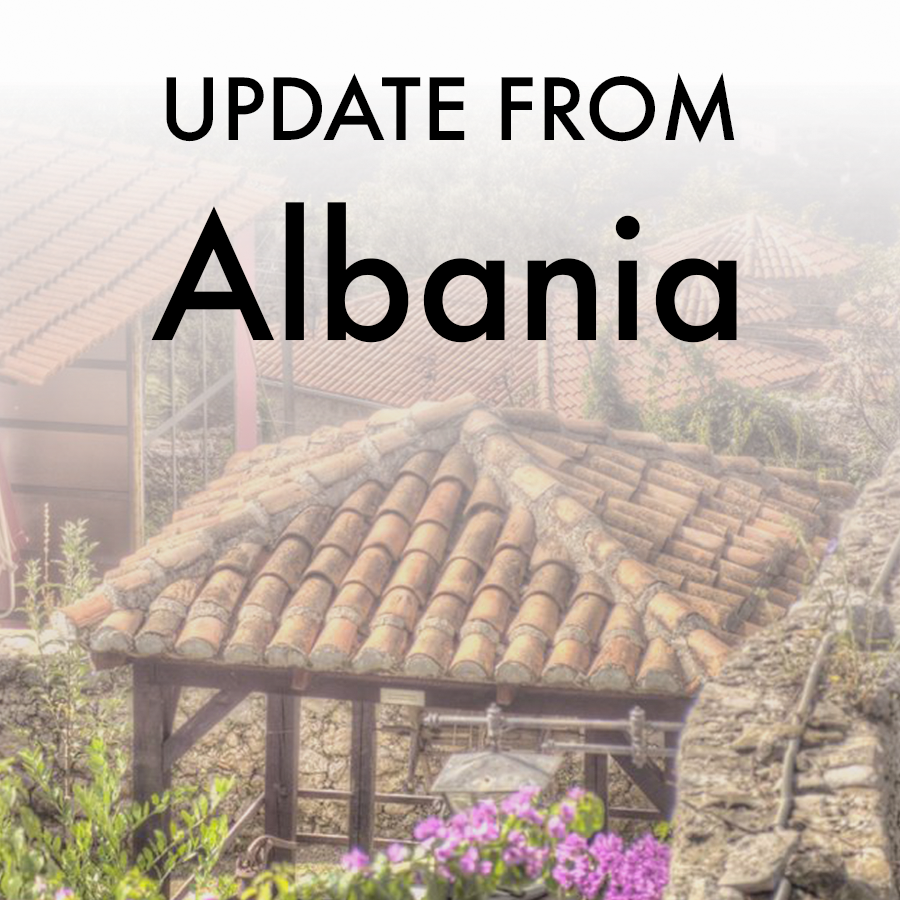 We are delighted to have received news from Different & Equal giving information on the work that is taking place in Albania.

One of these projects is the The Mobile Unit : Identifying and Referring Victims of Trafficking

This project began in 2013 and focuses on working with vulnerable people and families and potential victims of trafficking.

The unit has two social workers and two others on the team who work in the identification of potential victims and referrals in line with the National Referral Mechanism and Standard Operating Procedures in Albania.

The first element of the work is in the identification of potential victims,  and the mobile unit works according to a map of marginalised areas where there is often limited access to information about the risks of exploitation.

Another initiative that this organisation lead is called Grandma’s Home which provides day service for children who have been affected by domestic violence of trafficking. 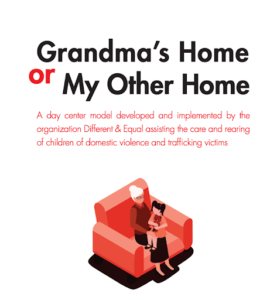 This initiative was established in 2015 and is a great model of care provision in a setting that feels like a home.

There are now 5 such centres where children are cared for under this project.

We are very grateful for the information from Different & Equal and both of these initiatives have so much value in society where men, women and children are given a chance to be cared for and have their voices heard. 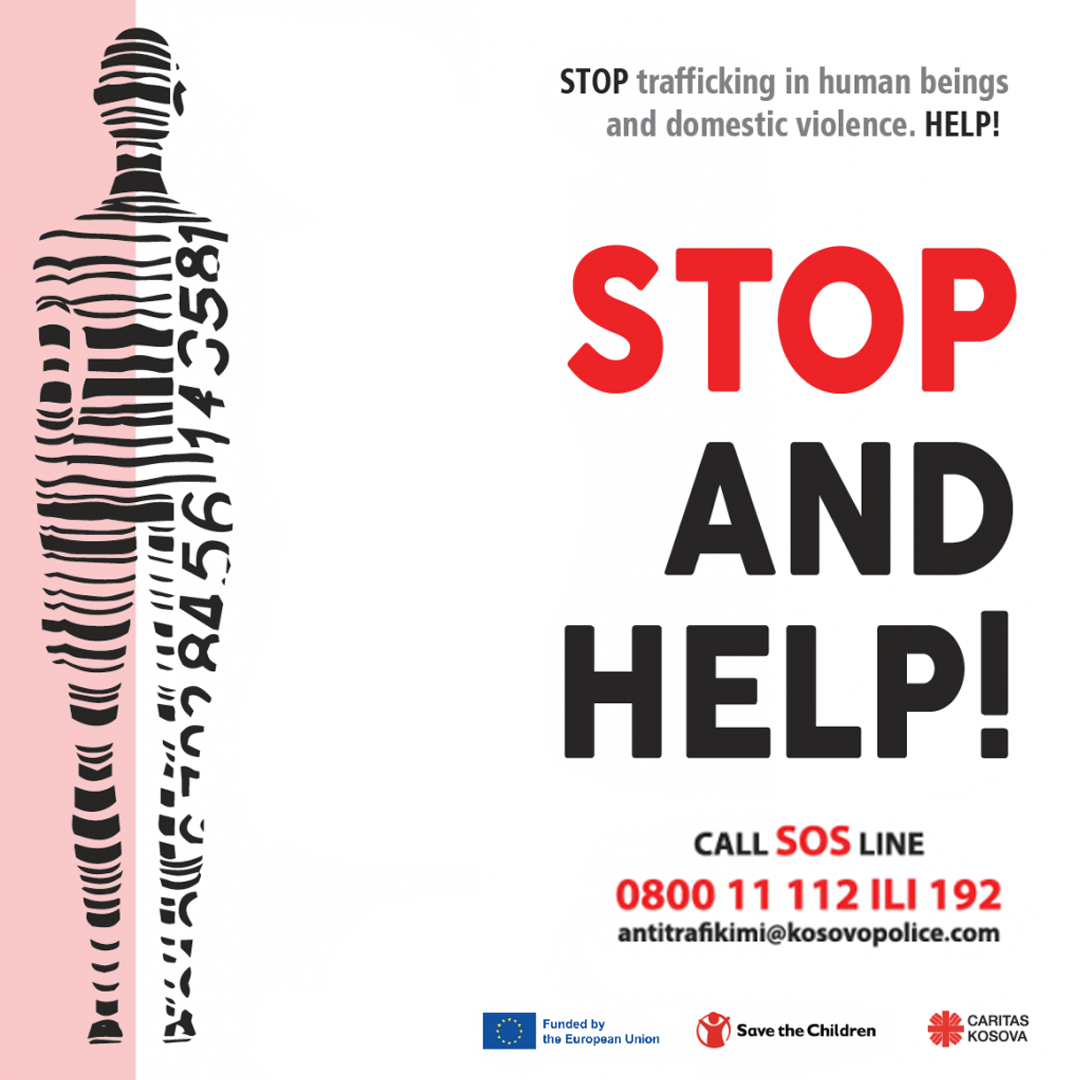 The initiative is the result of nine years collaboration amongst the Euro-Mediterranean network and includes reports, guidelines and research.

The following components are particularly informative:

The Project proposal STOP AND HELP! will help to improve prevention of domestic violence
and human trafficking, to advance protocols and means of intervention and to elevate the
system of referral services for victims of human trafficking and domestic violence on a
higher level. In this way the project will support the ongoing battle against these increasingly occurring violent criminal acts.

Components of the project will mostly rely on: public campaigns through electronic media and printed promotional material in order to increase public awareness on risks of domestic violence and human trafficking, strengthening of cooperation between municipal authorities, civil society and other key actors, psychological sessions and counselling, as well as basic support and medical assistance provision.

Congratulations to RENATE colleagues at Damaris House, Greece, on their 5th anniversary! 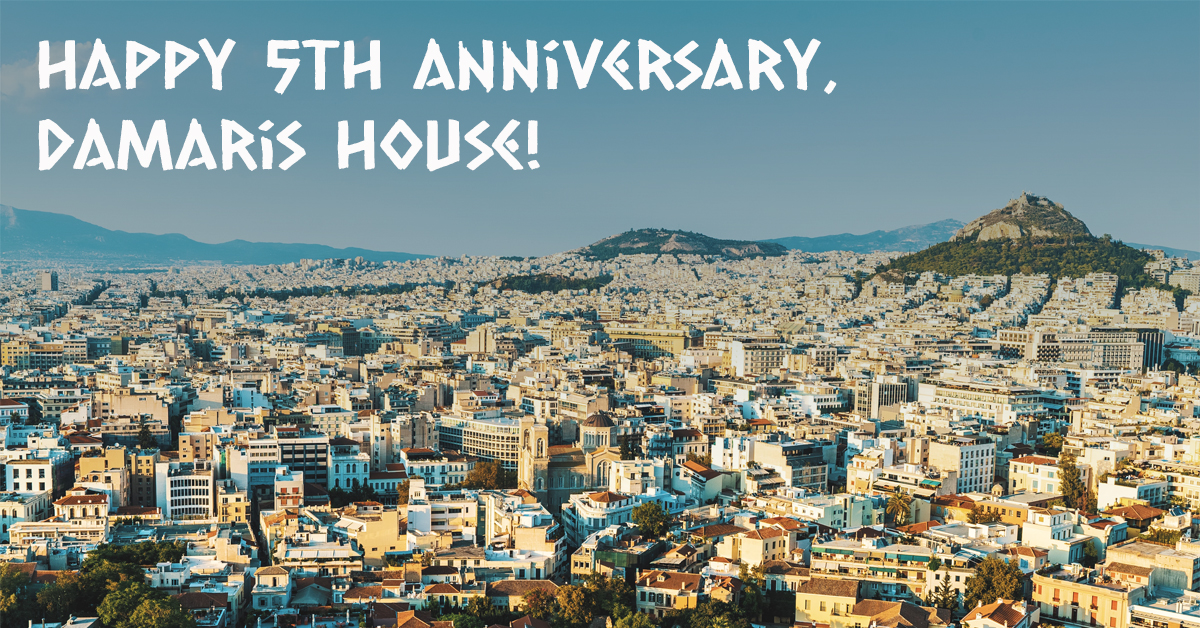 Dina Petrou, founded Damaris House in March 2016 and shares her joyful message with us as follows:

‘’This month calls for celebration at Community House Damaris, as we complete 5 years since we were officially established on March 16, 2016!  This date brought the answer to my seven-year prayer for a safe, healing space for these precious women who were victims of sexual exploitation and trafficking. It was the day I saw God answer the burden of my heart to establish a safe house and recovery program aimed specifically to meet the needs of the women whom I had been reaching out to for ten years in several brothels of downtown Athens. I am deeply grateful to God.

Since Damaris House has opened its doors in March of 2016 –

All these milestones that God allowed us to reach and celebrate have lead me to envision the next step of this ministry. Specifically, that I dream of establishing a social businesses for the employment and financial support of our girls after graduating Phases I & II of the Day Program. This has been a burden in my heart all these years and I have been praying for the provision of the right business person – maybe from the States or Europe – to convey and expand this vision of mine.

The Glory belongs to God, to whom we keep giving thanks daily for His protection and Providence in all our needs. We thank Him for all of our supporters and all who have been praying and supporting us in many tangible ways. Please, keep praying that God gives us wisdom and discernment, that He is the One who guides our steps so that we can serve our girls effectively.

We continue with what we have, praying and looking with faith expectantly at what will come out of His hand.

Save the date! Munich, 19 September, 2018- DIABLO (a play about Human Trafficking) will debut at Eine Welt Haus. 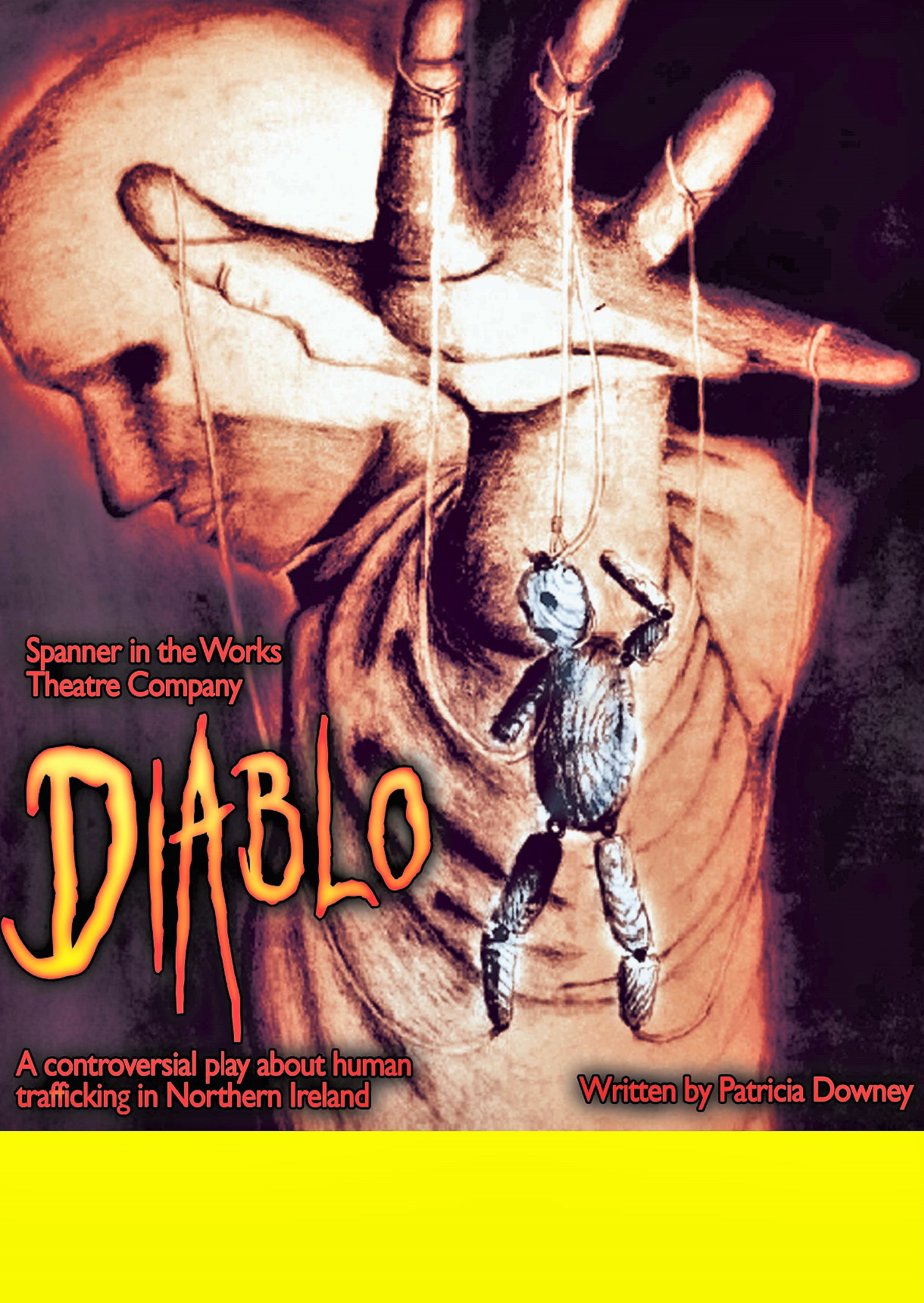 Spanner in the Works Theatre Company celebrates 20 years of creativity with the return of the internationally acclaimed play, DIABLO, in a new extended version.
Diablo is a play about human trafficking in Northern Ireland.  Set in Belfast, the action plays out in an ordinary house, in an ordinary street – it could be your street; it could be next door.  Be a fly on the wall as Helena from Poland, Olya from the Ukraine and locals Alannah and Cain fight for survival under the tyranny of Spaniard Reuben.
Martin Luther King Jr said, “He who passively accepts evil is as much involved in it as he who helps to perpetrate it.  He who accepts evil without protesting against it is really cooperating with it”.
Human trafficking and labour exploitation are some of the fastest growing criminal enterprises in the world because there is relatively little risk with high profit potential.  Criminal organisations are increasingly attracted to human trafficking because, unlike drugs, humans can be sold repeatedly.
Contains strong language and scenes that some might find upsetting, including scenes of sexual violence. Suitable for 16+

‘’Everyone had their sleeves rolled up and quickly got into the details. It was unique to bring together these different expert perspectives from tech companies, civil society groups, and law enforcement from across the world. Those three days revealed real opportunities to make an impact and a strong willingness to collaborate to make it happen. We had to find a way to keep this going.’’ Thus said Eric Anderson, head of the Modern Slavery Programme at BT, following the establishment of a coalition of global technology companies, civil society organizations, and the UN having come together to launch “Tech Against Trafficking,” a collaborative effort to further support the eradication of forced labour and human trafficking.
Founding members BT, Microsoft, and Nokia have been advancing the dialogue sparked at a Wilton Park event in June 2017 on “The Role of Digital Technology in Tackling Modern Slavery” to formally explore how technology could be better utilized in finding solutions to stop human trafficking and modern slavery.
To read the full story by Peter Nestor, Dunstan Allison-Hope, and Hannah Darnton on BSR: https://www.bsr.org/en/our-insights/blog-view/announcing-a-new-collaboration-using-tech-to-combat-human-trafficking
Prepared by Anne Kelleher, RENATE Communications.

REPORT ON 10th MEETING OF EU CIVIL SOCIETY PLATFORM AGAINST HUMAN TRAFFICKING 28-29 MAY 2018.

The participants were welcomed by Ms. Myria Vassiladou, EU Anti-Trafficking Coordinator, who introduced the content of the meeting and the guest speakers. The introduction was followed by Ms. Valeria Galanti who gave an update on the legal framework and implementation of EU Policy towards building coordination and coherence with EU Agencies.
Ms. Joëlle Milquet, the Special Adviser to the President of the European Commission for compensation for victims of crime, including victims of trafficking in human beings, lead a session on the topic of compensation: which included access to compensation, cross-border access to compensation and encouraging the use of criminal proceeds to compensate victims of THB access to compensation.
Ms. Mara Marinaki, Principal Adviser on Gender and on the Implementation of UNSCR 1325/WPS, European External Action Services and Fabienne van den Eede, Deputy Head of Unit DG DEVCO, joined the panel as well.
Civil Societies from countries in Europe were brought together and invited to have a voice in relation to this issue at three parallel workshops during the second day. The MWL and RENATE representative attended workshop 3.
Workshop 1, Priority A:  Stepping up the fight against organised criminal networks by whatever means including disrupting the business model and untangling the trafficking chain.
–      Conceptualising the EU-wide awareness-raising campaign on trafficking in human beings, targeting users, consumers, and vulnerable groups and high-risk sectors.
Workshop 2, Priority B:  Provide better access to and realise the rights for victims of trafficking.
–      Focus on access to compensation and referral mechanisms at national and transnational level to realize the rights of victims.
Workshop 3, Priority C:  Intensify a coordinated and consolidated response, both within and outside the EU.
–      Focus on enhanced joint efforts to address the root causes of vulnerabilities and the EU-UN Spotlight Initiative – eliminating all forms of violence against women and girls.
Around 100 representatives from civil societies from all over Europe attended this event, meantime new members were welcomed this year. An organized dinner took place with the participants, where it was good to socialize and be more familiar with their work and contributions in their own countries. The EU Civil Society Platform against THB also provided a good opportunity for networking as well.

ANDANTE STUDY DAYS STRASBOURG – APRIL 2018. Marie Helene Halligon, olcgs, RENATE Core Group member.
Fifty nine women from 13 countries in Europe gathered in the “Centre Culturel St Thomas” from the 20 – 24 April, to pray, link and work together as representatives of our European Organizations on the topic:
MIGRATION IN AND TO EUROPE FROM A WOMAN’S PERSPECTIVE.

On 14 March, 2018, the Missing Persons’ Families’ Support Centre in Vilnius, Lithuania, launched its Amber Alert- Facebook in Lithuania as part of a joint campaign entitled ‘’For a Safe Lithuania.’’ The President of Lithuania, Ms. Dalia Grybauskaitė, participated in the launch which took place at the Presidential Palace’s Centre for Civil Education. Ms. Anne Hall, U.S ambassador to Lithuania attended, as did representatives of the Ministry of the Interior of the Republic of Lithuania and the Lithuanian Police Department.
AMBER Alert is a Facebook-related system that enables law enforcement to send a message containing a recent photo and information about a missing child to all users located within a radius of 200 km from the location where the child was last seen.
Lithuania is the first country in the Nordic region to have such a system.
Please see below a series of documents containing further information about the event.

Caritas Slovakia share with us events in honour of the International day of awareness and Prayer against Human Trafficking, feast of St. Josephine Bakhita.

This year’s campaign was special for several reasons, including the fact that parishes from all over Slovakia joined in the campaign. Whether accompanied by Taizé songs, within the Holy mass or Adoration, Caritas Slovakia commemorated and prayed  for victims of trafficking- Caritas Slovakia’s clients and people enslaved all over the world.
Amongst the events was the screening of a short film, ‘’IVAN,’’  a former client of Caritas Slovakia whose testimony was recorded two months before he died, on the eve of the feast of St. Bakhita, 2016. It is the 3rd last item in the link below.
More at: https://mailchi.mp/a3e7eaa62370/ij20mjd2lz-1348761?e=023ec10070
Prepared by Anne Kelleher, RENATE Communications Person.