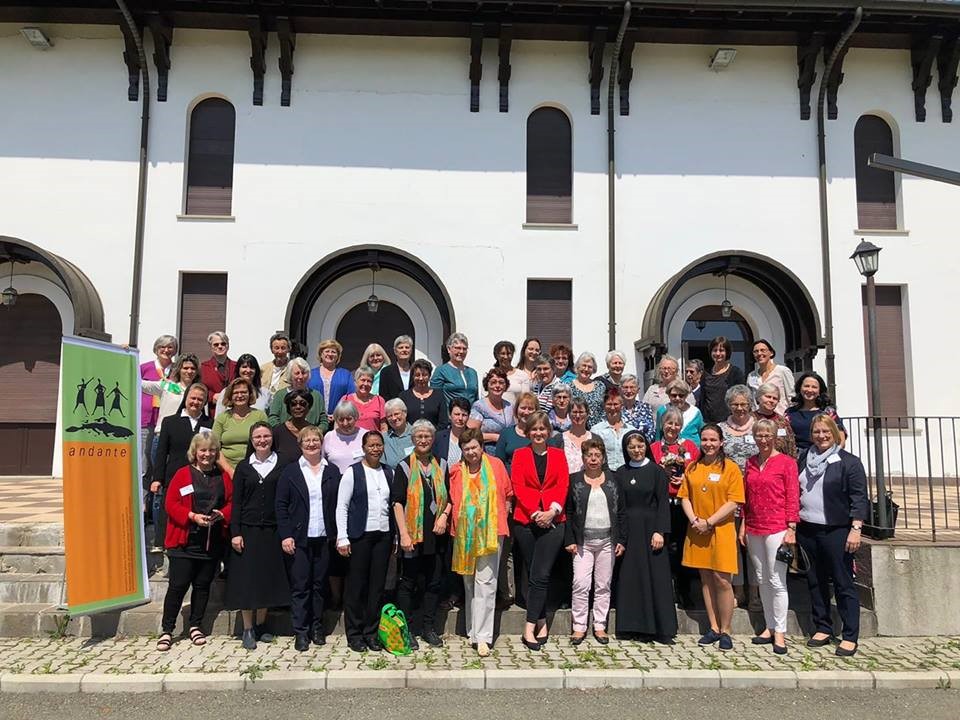 Andante, the European Alliance of Catholic Women’s Organisations, held Study Days centred on the theme of “Women in the Church make the Difference, ’’ held in “Manastirea Parintilor Carmelitani Desculti” in Snagov, Romania. (www.carmelitanisnagov.ro)

51 participants from 14 European countries attended the Study Days, with Adina Balan, sj, officially representing RENATE. (Dr. Mary McHugh, one of the Chairs of ANDANTE, is also a RENATE member).

Originally the term ekklesia means the political assembly of citizens of an ancient Greek state. From its beginning the community that gathered around the first apostles, called out of the world and to God, included both women and men. The ANDANTE Study Days aim to support and to encourage women to be skilled members of their church.

Speakers this year included Regina Heyder from Germany, Tina Beattie from the U.K., Chantal Götz from Liechtenstein and Beke Boroka from Romania. The various workshops over the course of the Study days included attention to spirituality, to practical engagement as well as providing many moments to share with each other.

Sunday, 28 April was Orthodox Easter Sunday, and the ANDANTE delegates visited the city of Brasov, known for its black Church.

The Study Days began on Wednesday the 24th of April at 20:00 h with dinner and concluded  on Monday 29th of April after breakfast. The ANDANTE General Assembly took place during the Study days.

There were lectures and workshops on problematic church issues, on continuing education that strengthened the participants for spiritual tasks and on how women can be heard more in the church.

ANDANTE meetings offer a unique opportunity to network with women from all over Europe.

Check out  http://www.andante-europa.net/index.php/en/news-en/   for formal report which will be published in due course.

Women in the Church make the difference – Andante Study Days and General Assembly 2019.

Religious in Europe Networking against Trafficking and Exploitation.