The Strength of Talitha Kum: Networking, Training and Capacity Building 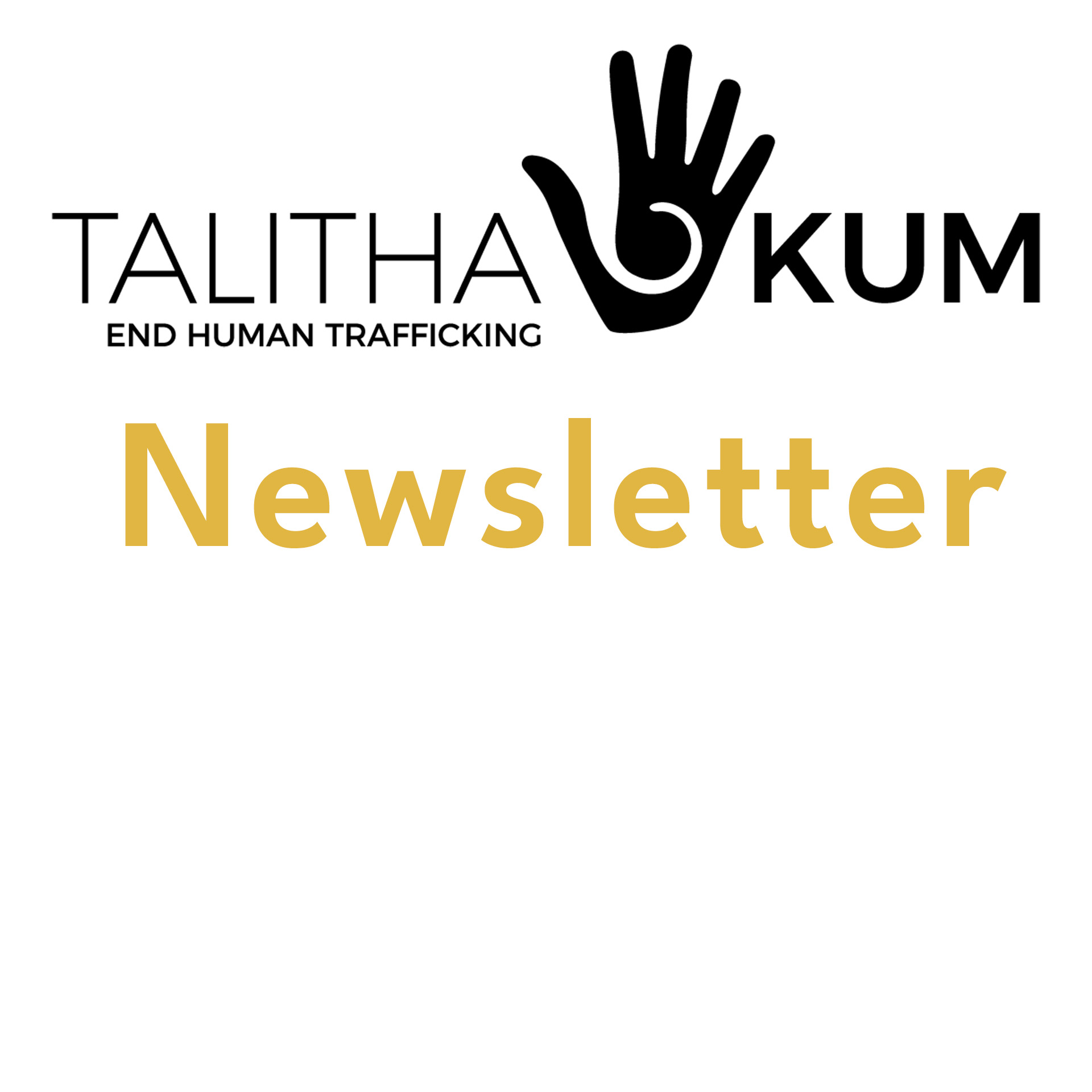 The strength of the Talitha Kum network lies in its bottom-up, grassroots engagement and in its person- and community-centered approach, which ensures proximity to victims and survivors of trafficking, their families, and those at risk of exploitation.

In recent months, Talitha Kum’s networks have carried out several training and networking meetings at the local, regional, and continental levels, to strengthen Talitha Kum’s identity and actions against trafficking around the world. Here’s an overview of different regional meetings, starting from the most recent.

From the 20th to the 26th of November, the first in-person continental meeting of Talitha Kum Africa was held in Kenya. The meeting brought together 35 participants, including coordinators from 15 African countries in addressing the issue of combating human trafficking in Africa by sharing best practices and experiences.

“The gathering was an opportunity to enrich each other by deep listening and sharing experiences in our mission to end human trafficking. One of the objectives of the conference was to deepen the identity of Talitha Kum Africa, which was successfully facilitated by aiming at strengthening the members on the vision, mission, and spirituality of the Talitha Kum Network.”

From the 13th to the 19th of November the 3rd RENATE Assembly was held, which was attended by Sr. Gabriella Bottani, SMC. The theme of the meeting was “Realising the dream: A world free of slavery”.

RENATE members gathered intending to allow themselves to be restored, renewed, and transformed by the experience of being together for a week in Fatima, Portugal.

From the 26th to the 28th of October the U.S Catholic Sisters Against Human Trafficking network members gathered for their second annual conference with the theme “Weaving Community, Building Capacity, Affecting Change”.

“The conference was a wonderful opportunity to bring our members together to learn, celebrate our growth as a network, and re-commit ourselves to this important work. We’re already looking forward to next year when we’ll celebrate our 10th Anniversary!”

From the 16th to the 18th of September, in Cochabamba (Bolivia), the Commission against Trafficking in Persons, constituted of several Talitha Kum members, met at the occasion of the reunion of the CLAR (The Latin American Confederation of Religious). After this meeting, Talitha Kum International visited the new Red Kawsay Bolivia, established in February 2022 to strengthen the legacy of Talitha Kum in Bolivian territory.

“The visit of the sisters as Carmen Ugarte, osr, Regional Coordinator for Latin America, Ana Marìa Vilca, snjm, Coordinator of Red Kawsay Perù and Mayra Cuellar, mdb, of Talitha Kum International, motivated the members of Red Kawsay Bolivia to continue betting on life according to the Call to Action: care, heal, empower and restore.
We feel committed and co-responsible for weaving networks that make possible a society without human trafficking in Bolivia.”

From the 22nd to the 26th of August the 4th regional conference of Talitha Kum Asia was held in Thailand with the theme “Casting the Nets as Network in Asia to End Trafficking in Persons”.

“After the conference, we agreed to strengthen the regional hub team focusing on formation, communication, prevention-networking, and advocacy. We also plan on monitoring and accompanying Talitha Kum networks in Asia, especially the newly established networks. Furthermore, each network strengthens the Talitha Kum Youth Ambassadors’ program in Asia. Talitha Kum Asia has three priorities.

UNANIMA International News from the UN and Around the World

The Extraordinary Ordinary Podcast – made as part of the Women of the Year Series.

The Extraordinary Ordinary Podcast, from Women of the Year, shines a light on incredible achievements by women who you’ve probably never heard of (until now), but whose passion, dedication, and fierce determination has changed society, their communities, and the world, in ways that will inspire and uplift you. (http://www.womenoftheyear.co.uk/ ).

To hear both seasons 1 and 2 plus the interview with Imelda Poole, IBVM: https://audioboom.com/channels/5062115 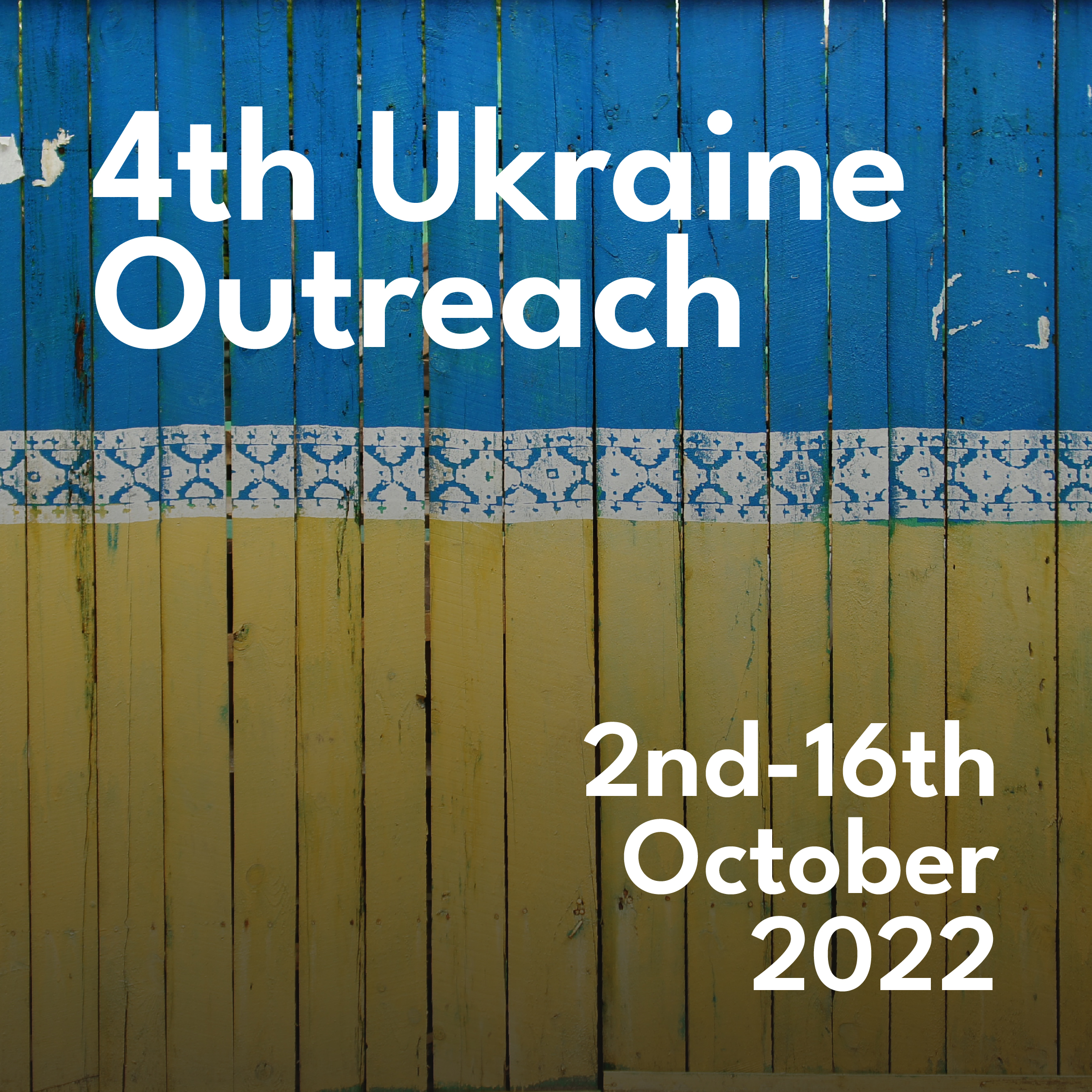 THE FOLLOWING IS AN UPDATE BY SABINE AND ANDREAS FROM KAVOD MINISTRIES ABOUT THEIR ONGOING WORK IN UKRAINE. CLICK HERE TO FIND OUT MORE AND SUPPORT THEM.

On Sunday 2nd October we left on our fourth trip to Ukraine.

By  this stage these journeys have almost become routine. Andreas is  now at the point that, once we have crossed the Hungary-Ukraine  border, he almost feels like he is coming ‘home’. These border crossings can still be quite tense though. You never know how long they are going to take or what will be searched through and  checked this time. But so far everything has gone turned out alright.

The first stage of the trip from Mukachevo to Ivano Frankivsk, where this time we  stayed the night with a friend, passes through the foothills of the Carpathians, so it’s  lovely countryside. Everywhere people are at the side of the road, selling delicious  mushrooms they’ve gathered in the woods.

We reached Kyiv on the Monday. The journey is so familiar now that we are -almost- ready to switch of our navigator. New four lane roads run dead straight for  miles on end. But there are other kinds of road too. If you do decide to put the road  map to one side and follow what the navigator tells you, then you end up on -as we  all know – the ‘most direct route’, and this can mean landing on very small,  appallingly maintained tar-surfaced roads, or on stretches of gravel which are  generally a little better. We have covered quite a few kilometers on these, at a much  reduced speed.

On the first day in Kyiv we had the privilege of speaking to students at the  theological seminary. These young people will play a role in the future of the country  and so it was appropriate that Andreas spoke to them about anger – anger towards  the the instigator of this war, and learning how to deal with that anger as God wants  us to.

After meeting these students, we travelled on to Velika Dymerka, a small town of  around five thousand people which had been occupied in February and March.  There we had two open air meetings. (Throughout our stay the autumn weather was  consistently lovely.)

The following day we were in Irpin, where we were able  to speak to a large number of people, this time indoors, in a church. Some of  them were refugees from other parts of the country

Near Bucha we visited a mental health facility. We met some soldiers there,  who impressed us greatly. Many of them had been involved in fighting against  Russia since 2014. It is often overlooked that the fighting actually began eight  years ago, not just this year.

After that, together with our translator Alla, we moved on to Kozelets. It was our third visit we have been there and so were greeted almost like old friends. The brand new church building is already too small for all the congregation and so between 9 o’clock and 1 o’clock we were involved in three separate services attended by a total of 500 people.

Andreas preached, and Sabine talked briefly about trauma and post-traumatic stress before introducing the program of four exercises designed to regulate stress and help with panic attacks. These people have no opportunity at all during this war to get proper therapy, and even though these exercises are not as powerful as that would be, they still offer valuable, direct help in dealing with fear.

First of all there is a breathing exercise which is known to reduce blood pressure levels. The second exercise, derived by Sabine’s colleague
Dr.Ewa Katarzyna Budna from Eye Movement Desensitization and Reprocessing Therapy, has a soothing effect on the psyche. Then there is the ‘safe’ exercise, in which every evening all worries and fears are locked up in an imaginary ‘safe’, hopefully making it easier to get a good night’s sleep. Finally we encourage everyone just to be there for each other and to show this in a simple way – by embracing each other. Hugs have a direct effect on the body and are simply good of you!

At the mention of trauma, many people began to nod their understanding. Some began to  cry. Our main message is: You are not a victim, you are a survivor! Fear will not rule  over you! Both this message and the exercises get through to the audience. One older  lady whom we met four months ago, stood up to say something. At that time her son had  just been killed by the Russians and she had been utterly distraught. Now she told  everyone that since she had learned how to do the exercises, they had often helped her  so that she was no longer in such a bad state. After each one of our talks, packets of food  were distributed.

On Monday 10th October, the war came closer to us than it had ever been. Attacks were launched on cities across Ukraine. Explosions occured close to where we were staying.
Nevertheless, the next day we decided to continue on to Kharkiv. We were sure this was the right thing to do. There we worked together with a pastor and his team of co-workers. Their church has been demonstrating practical love by supplying humanitarian support to 12000 people each month. A truck with 20 tons of aid had just arrived from Slovakia. The building is used both as a warehouse and accommodation – until recently also for soldiers stationed in the town. Two weeks previously the front line had been only 5 kilometers away from the city.

We came across evidence of this same practical love in all  sorts of places. We stayed with Tetiana, an amazing woman who until three weeks before had hosted soldiers – as well as 20 refugees who had lost their own homes. From Kharkiv we went with some of the co-workers of the church to Kupyansk and its surrounding villages, a trip of around 100 km, into an area very close to the front. We carried out our program there too and distributed aid. All the time we could hear explosions. We  were obviously right in the middle of a war.

In our last night in Kharkiv, too, there were several missile strikes. Somehow people have  found a way to keep on with normal life despite them.

Back in Kyiv we were involved in two further outreaches led by Pastor Igor’s church.  As we have mentioned, Pastor Igor is our main contact in Ukraine. He has become  a real friend.

So how can we sum up this two week trip? Much to our own surprise, we reached out to  around 1400 people. We hope we were able to give them lasting help. We keep thinking  about something one of our Ukrainian women friends wrote to us:

“May the eyes of the people you have helped inspire you to continue to do what  you do.”

What are the next steps? we are planning another trip for December. We are  looking forward to celebrating Christmas  and New Year with our friends there.

Get in touch and Support Kavod Ministries in Ukraine