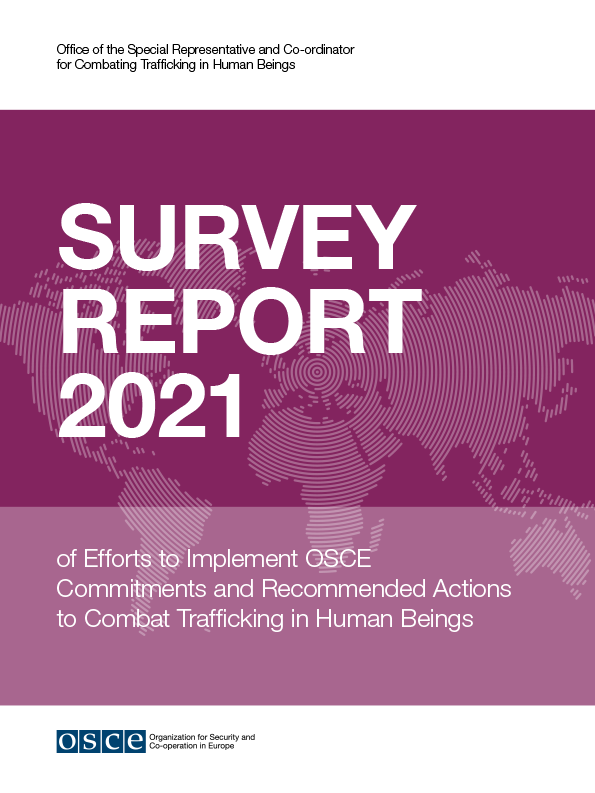 A much-awaited report  by the Organisation for Security and Co-operation in Europe (OSCE), published in July 2022, examines the progress in the fight against human trafficking made by the 57 signatory states of the OSCE since its previous survery conducted in 2015.

Valiant Richey, OSCE Special Representative and Co-ordinator for Combating Trafficking in Human Beings, speaking at the launch event, celebrated that thanks to the coverage of the report, the OSCE now had significant ‘longitudinal data’ to assess the effectiveness of the implementation of its recommendations over a seven year period.

The overarching finding was happily that progress has indeed been made in the fight against human trafficking by the OSCE states, with notable improvements to anti-trafficking legal measures targeting procurement and supply chains.

The general observation gleaned from the collective data was that most countries were taking the right kind of action recommended by the OSCE to varying degrees.

Meanwhile, the most widespread drawback was seen to be in resource constraints on the anti-trafficking measures, limiting their effectiveness.

Other causes for concern were voiced, such as the gross increase in reported cases of trafficking for forced criminality and forced begging. Another glaring problem was highlighted that only 34 of the 57 signatories criminalise the use of victims of trafficking for sexual exploitation.

The findings have not left the OSCE confounded on the next steps to take, far from it. Many incisive recommendations are tabled in the report, to implore legislators and other acting organisations to further increase their effectiveness in combatting human trafficking in the coming years. 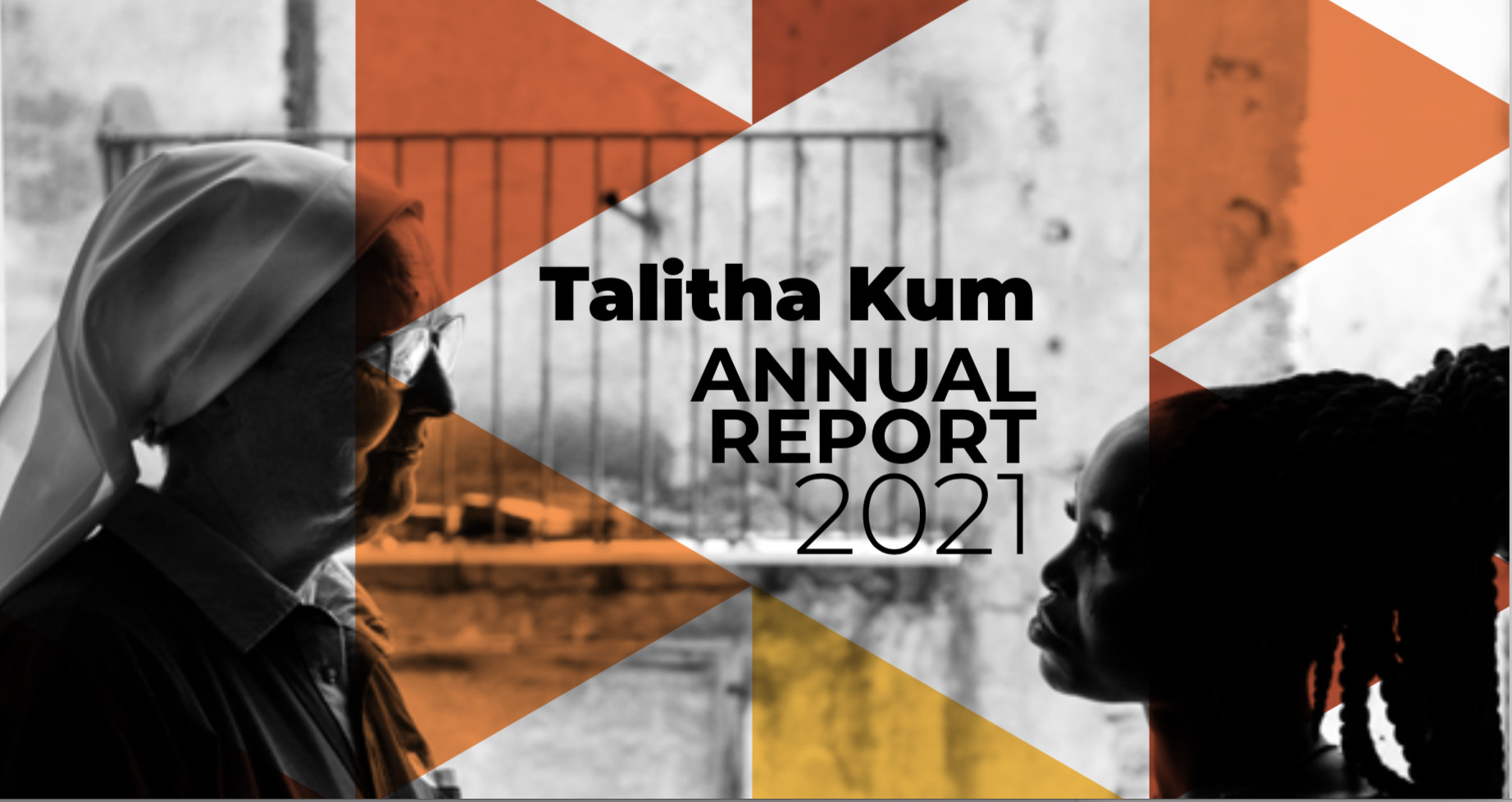 Talitha Kum, one of RENATE’s most prevalent partners in the fight against human trafficking, have published their annual report reflecting on the organisation’s progress throughout 2021.

The reach and importance of Talitha Kum’s work to help victims of trafficking and to  prevent instances of trafficking and exploitation are made evident in the reflections of the report, which present several significant and quantified achievements.

“Despite the Covid-19 pandemic made it more difficult to combat trafficking,  in 2021  Talitha Kum recorded a numerical and qualitative growth  in its activities compared to the previous year : 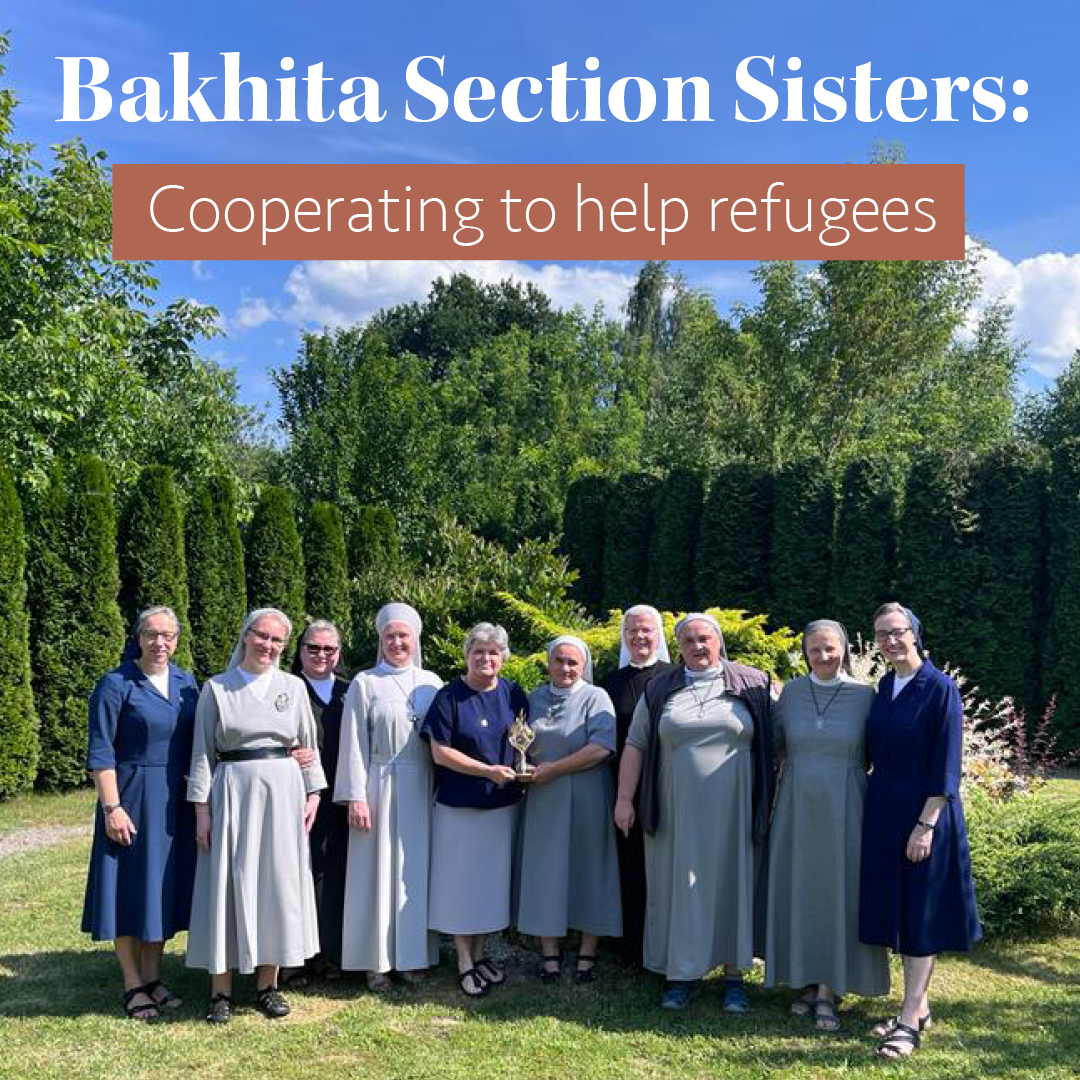 Sisters from the Bakhita Section for Counteracting Contemporary Forms of Slavery and Aid to Victims met on June 25, 2022 in Częstochowa.

The meeting began with a prayer to St. Sister Bakhita, taken from the document “Pastoral Orientations on Human Trafficking”, which the Vatican has issued in cooperation with episcopates of various countries.

At the beginning of the meeting, the Sisters shared this year’s activities as part of the Section’s goals. Sr. Katarzyna presented a report prepared for the Conference of Major Superiors of Female Religious Congregations. Sr. Gabriela Hasiura shared her experience at the RENATE working board meeting, which took place in May in the Netherlands. She also talked about the upcoming meeting of all members of the RENATE network in Fatima in November this year and establishing contacts with the International Justice Mission, operating in many countries worldwide. Sister Bożena Noga, on the other hand, shared information on cooperation with Talitha Kum, International Network Against Human Trafficking caring for persons wounded by exploitation and acting against inequalities caused by economic and cultural systems.

In addition, by reading the signs of the times, the Sisters from the Bakhita Network were actively involved in helping women and children, and sometimes also entire families – refugees from Ukraine, sensitized to search for possible victims of trafficking among them.

These are the following forms of assistance undertaken by sisters:

We are aware that the war triggered a lot of sensitivity and willingness to help and at the same time intensified destructive processes, including trafficking in human beings. We want to take a step forward to prepare ourselves to work with victims in this part of the world. Hence the idea of ​​organizing training on cultural differences and setting boundaries wisely: “Cultural differences – my world is not your world” on September 24-25, 2022 in Częstochowa for nuns and lay people serving among refugees who want to learn about cultural differences to help more effectively.