The above link includes a 50% discount for RENATE members who register for the symposium.

The four-day symposium with three days open to scholars, policy makers, media specialists, protection services, and a fourth day particularly dedicated to developing young researchers in the field – will interrogate in depth some of the most egregious assaults on the human body effected by Human Trafficking and Modern Slavery crimes.

CCARHT works with the Centre of Global Human Movement, the Cambridge Centre for Social Innovation and the Institute of Criminology, at the University of Cambridge, and brings academics, policy makers, NGO project directors and CEOs, business, law makers and prosecutors to an annual symposium, held at the Judge Business School in the first week of July every year.

Currently in Pandemic times all offerings from CCARHT are online.

News from RENATE colleagues at the International Justice Mission (IJM).

The event was graced with the presence of the acting US Ambassador, and the Ministries of Interior, Justice and the Prosecutor General and the heads of the Anti-organized crime units for prosecution and police. 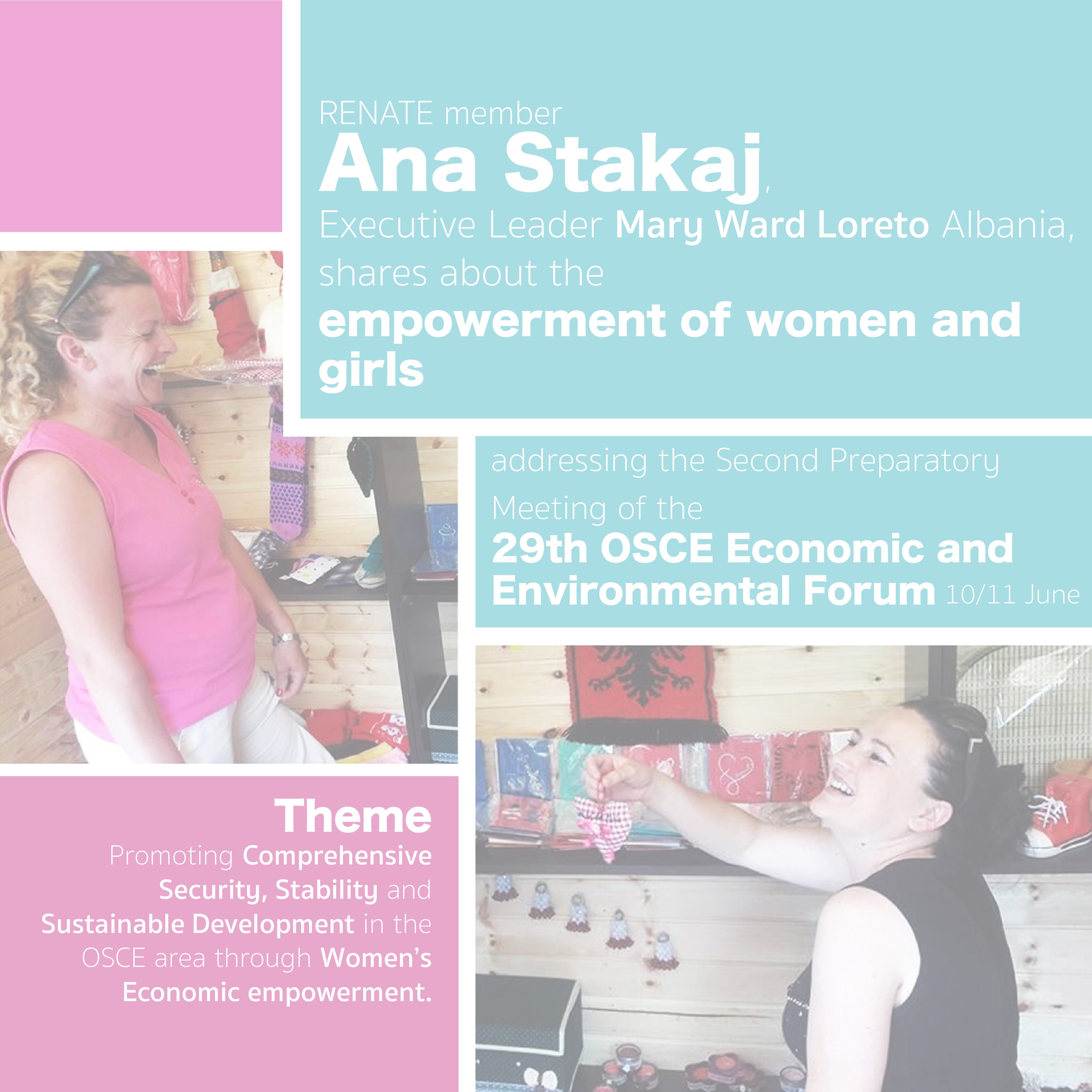 RENATE member Ana Stakaj, Executive Leader at Mary Ward Loreto Albania, presented at the annual June gathering, where she shared about the most important factors in the empowerment of women.

Drawing upon her years of service commitment at MWL and RENATE, Ana was able to inform the delegates about the realities of life for women on the margin, in both urban and rural settings. Ana shared about the power of cultural morés, whereby long held traditions continue to influence society and women and girls are not encouraged or supported to stay in school and attain gainful employment.

Ana shared that one of the most important factors in the empowerment of women is to Increase women’s and girls’ educational attainment. Programs for education, upskilling and re-skilling– especially to keep pace with rapid technological and digital transformations affecting jobs—are critical for women’s and girl’s health and wellbeing, as well as their income-generation opportunities and participation in the formal labour market.

The women Ana interviewed were well able to identify the importance to them of being able to earn an income, which not only helped sustain family life but helped personally sustain the self-esteem of the women themselves.

When it comes to recommendations based on informed experience, Ana recommends community development approaches for tackling social and cultural norms that prohibit women from the celebration of human rights. Additionally, Ana recommends Free legal aid as it is crucial for women who don’t have steady or adequate income.

From the experiences at MWL,  the collaboration of CSO’s with the public and private sector supports opening access to opportunities not only at the basic levels of living standards, but to also achieve higher levels of security and well-being through education, training and employment opportunities.

Tune in to the video at: https://www.youtube.com/watch?v=EZiC_xeEu88 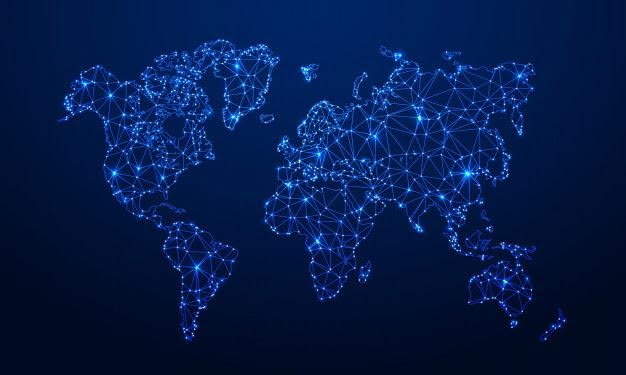 SAVE THE DATE 14 Jun | WHAT WORKS TO ELIMINATE CHILD LABOUR IN ARTISANAL MINING.

To celebrate the World Day Against Child Labour, the Good Shepherd International Foundation and Bon Pasteur Kolwezi are holding a webinar entitled:

WHAT WORKS TO ELIMINATE CHILD LABOUR IN ARTISANAL MINING

The Experience of Bon Pasteur Kolwezi

Date: Monday, June 14th 2-4pm CEST (The webinar will be in English. Translation in French available).

To register for the event: https://docs.google.com/forms/d/e/1FAIpQLSftHleLJPLeqnn5SYgciAGMZT6Y-kkv6oL1HJmRrfzN3pCUtg/viewform

Join and register promptly on this following link http://bit.ly/ManilaPrayerGathering before June 20 to receive the link for MPG Online.

YOU ARE NOT FOR SALE – CARITAS Slovakia CAMPAIGN 2021.

“You are not for sale!” is the slogan of CARITAS Slovakia’s new campaign. In Slovakia, Caritas plays an important role in the fight against human trafficking, by means of helping victims and also by organising prevention and education activities. In the Not for Sale campaign, the organisation wants to appeal to young women and girls in particular and to warn them of the dangers that are more real than we think.
Since 2008, when Caritas started implementing its victim-assistance programme, it has helped more than 120 victims of human trafficking under the Programme for the Support and Protection of Victims of Trafficking in Human Beings which is financed by the Ministry of the Interior of the Slovak Republic. It gradually expanded the initial victim-care project to include assisted voluntary return services and the operation of a free National Helpline for Victims of Trafficking 0800 800 818. In this new campaign, Caritas warns against sexual exploitation which is the second most common form of trafficking registered in Slovakia in the past year, and it is the most common form of exploitation in the EU.

The abuse of girls and women is still a big problem

“Your worth lies not just in your body, but first and foremost in who you are. You are as precious as a diamond. Therefore, do not allow anyone to treat you like a commodity, ” the actress Petra Polnišová says in one of the three videos.
In addition to the participation of this popular actress, the rapper EGO, already known from a previous CARITAS Slovakia campaign against forced labor, is part of this current campaign and, in a third short video, a former Caritas client who herself experienced the nightmare of sexual exploitation abroad authentically talks about her experience.
The risk of modern-day slavery generally threatens the poorer regions of southern and eastern Slovakia, where there is a shortage of jobs, and, in the form of sexual exploitation, it mainly affects Roma women and girls. Victims are often lured by perpetrators who pretend to have a romantic relationship with them, or approach them with an offer of a promising job and a vision of a better life. After being transported abroad or away from home within Slovakia, their personal documents are confiscated and are forced to engage in prostitution through psychological and physical abuse. Alarmingly, almost half of the identified victims of sexual exploitation in Slovakia in the last year were children.

Victims of trafficking due to poverty

The Not for Sale campaign builds on a previous series of videos from the 2019 campaign called Don’t Become a Slave/Do Not Get Enslaved. The aim of both campaigns is to reach out to young people in their own language and to inform them about the risks that they can easily overlook due to socio-economic conditions in an effort to “improve” their lives.
Jana Urbanová, who is the prevention coordinator of the STOP Human Trafficking project believes “on the one hand, it is the greed and egoism of the traffickers who see others as a means of enrichment. On the other hand, it is also extreme poverty that leads vulnerable groups to accept a dubious job offer or believe in beautiful promises of a better future. Here we come across the acute problem of marginalized Roma communities, which has still not been addressed effectively enough. In addition, the problem also affects children, who are all the more vulnerable in these inadequate conditions.‘‘
According to Jana, there is a great need to raise the awareness of social workers and other representatives of the state infrastructure, as well as representatives of non-governmental organisations, in order to be able to identify potential victims and intervene adequately. When the COVID-19 restrictions are lifted, CARITAS wants to organise in-person meetings and workshops with field social and community workers together with members of Roma communities. The project employees did the same during the 2019 campaign, when more than 350 people attended these meetings. “We have received a positive feedback from the field and we believe that this time we can also reach out to young people who may be preparing for work abroad in the summer and encourage them to be careful,” concludes Jana. 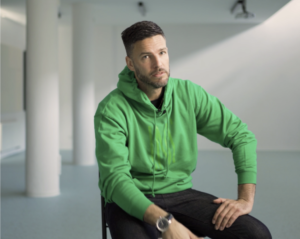 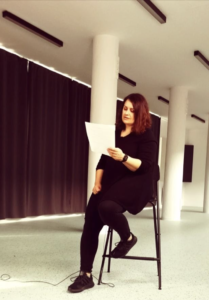 FOCUS: This month’s newsletter focuses on those often unrecognized victims of human trafficking: persons with disabilities.