Secretary of State, Mike Pompeo and Advisor Ivanka Trump released the 20th Annual Trafficking in Persons Report , in the historic Treaty Room at the US Department of State.

Secretary Pompeo referred to the human story of a child named Ted, who was sexually exploited for years by his step-father, to illustrate that human trafficking – and that includes forced labour and sex trafficking – happens all around us.

With 25 million adults and children suffering from labour and sex trafficking worldwide, Secretary Pompeo encouraged governments worldwide to take bold action to collaborate and work to end this crime against humanity, stating ‘’That desecration of the inherent value and immeasurable worth of human beings, each of us created in the image of God, makes human trafficking a truly wicked act.’’

This year is a milestone in that it marks the end of two decades of reinforcing the work to combat Human Trafficking. In the report, we read that 22 countries were upgraded this year, 13 of them from Sub-Saharan Africa. Namibia received a Tier 1 rating – the best possible. It is the first and only African country to do so since 2012.  Singapore is the report’s other newly ranked Tier 1 country. Bolivia was singled out for their progress to increase convictions and identify victims, among other significant improvements.

Unfortunately, the report also calls out a group of nations whose state-sponsored pattern of forced labour have designated them in the Tier 3 category. Among them are China, where the Chinese Communist Party and its state-owned enterprises often force citizens to work in horrendous conditions on Belt and Road projects.

Then there’s Cuba. Up to 50,000 Cuban doctors have been forced by the Castro regime into human trafficking situations in more than 60 countries around the globe. They are the regime’s number one source of income. And in Central Asia, some governments have a long-standing history of compelling people to work in the cotton industry and other sectors.

The launch ended with the statement of commitment of the United States to ‘’…free all those who are still enslaved, help restore the lives of those who have been freed and punish their tormentors.’’

Survivor leadership in the anti-trafficking movement is a priority of the United States Government. Of the 10 TIP Heroes recognised at this year’s launch, Ms Sophie Otiende has been awarded the 2020 TIP Hero award, specifically for her survivor leadership capacities. In  this regard, Ms. Otiende exemplified her leadership role in the development of victim assistance infrastructure, resources, and practices in Kenya to ensure human trafficking survivors receive the best possible care and her unwavering efforts to raise awareness of human trafficking in local communities.

On 25 June 2020, the  launched an online training course on Countering Human Trafficking in Humanitarian Settings. The course, which has been developed by IOM experts in partnership with the US Department of State’s Office to Monitor and Combat Trafficking in Persons is designed for external audiences who may be familiar with humanitarian responses but are less familiar with anti-trafficking interventions in emergency contexts.

The 11-module training is free of charge and provides a good foundation to show how human trafficking poses a very real risk to people affected by conflict, instability, natural disaster, and displacement.

The course is available in English , French , Spanish , Arabic on IOM’s E-Campus website, and will also be housed within SDL for IOM staff.

20 Years After Implementing and Going Beyond the Palermo Protocol.

Webinar on the occasion of the 20th anniversary of the UN Protocol to Prevent, Suppress and Punish Trafficking in Persons, Especially Women and Children 29-30 June 2020.

Participation at the webinar is free of charge, but registration is required.

To register, please use the following link:

UK & US Ambassadors to the Holy See, co-host Symposium: WOMEN RELIGIOUS ON THE FRONTLINES during COVID-19 Pandemic.

On Tuesday, 23 June 2020, both the US and British Ambassadors to the Holy See. Co-hosted an hourlong webinar entitled ‘Women Religious on the Frontlines,’ highlighting the selfless humanitarian efforts of sisters in every part of the world.

Imelda Poole, IBVM, President RENATE, together with Comboni Sister Alicia Vacas and Sister Stan Terese Mumuni, shared their stories and experiences of continuing to work with the most vulnerable; care for abandoned children; work to alleviate poverty; provide health-care, food and care packages to the unemployed and destitute as well as helping victims of human trafficking.

Below is a selection of other records of the Symposium:- Once opened, you may need to scroll down through the link to locate the reports. 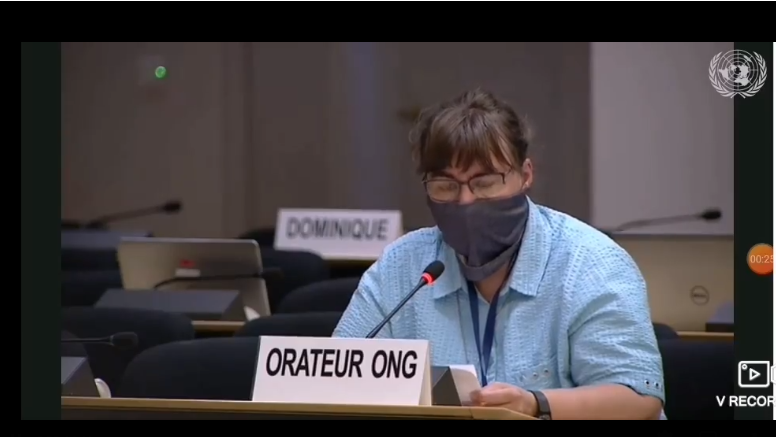 On 16 June 2020, Mirjam Beike, Congregation of Our Lady of Charity Good Shepherd (OLCGS) and member of RENATE Europe , delivered an oral statement on behalf of six NGOs,  at the resumed 43rd Human Rights Council of the UN in Geneva, under item 8 of the Vienna Declaration- working to eliminate all forms of exploitation in trafficking of women.

The focus of the statement was on the urgency to End Demand; the criminalization of the exploitation of Prostitution; a demand that there be no punitive measures on women who have been prostituted and the prohibition of profit making by third parties in the running of brothels.

The statement which Mirjam managed to read in its entirety over the allocated 90 seconds of time, also included a call to ensure legal structures for Migration Policies as migration in its own right renders persons vulnerable to trafficking and exploitation.

Towards a More inclusive Society – Intro

Towards a More Inclusive Society: Moving Forward in a World Marked by Unprecedented Change.

The Forum of Catholic inspired NGOs at the Council of Europe, share with us a report entitled ‘’Towards a more inclusive society,’’ as a means of providing an opportunity for reflection and dialogue on a fundamental for contemporary times. Ina time of increased and diverse forms of Human Trafficking and Exploitation, this report provides ample food for thought and the possibilities of ways forward for society as a whole, to collectively reassess its approaches towards the common good and the safekeeping of our brothers and sisters.

The report covers a range of topics, from Human Rights, Health, Education, the concept of Family, Development, through to Youth and Migration.

Throughout, the concept of Inclusion is presented as a ‘’process’’ and not just a fact or a goal. It contributes to unity and well-being, a shared existence and a promise for future generations. The report concludes with the view that Inclusion is indeed a very strong driver and builds on shared responsibility: a horizontal and societal process involving all of humanity and through which cohesive dynamics between all persons are created.

20 Years After Implementing and Going Beyond the Palermo Protocol.

Webinar on the occasion of the 20th anniversary of the UN Protocol to Prevent, Suppress and Punish Trafficking in Persons, Especially Women and Children 29-30 June 2020.

Participation at the webinar is free of charge, but registration is required.

To register, please use the following link: 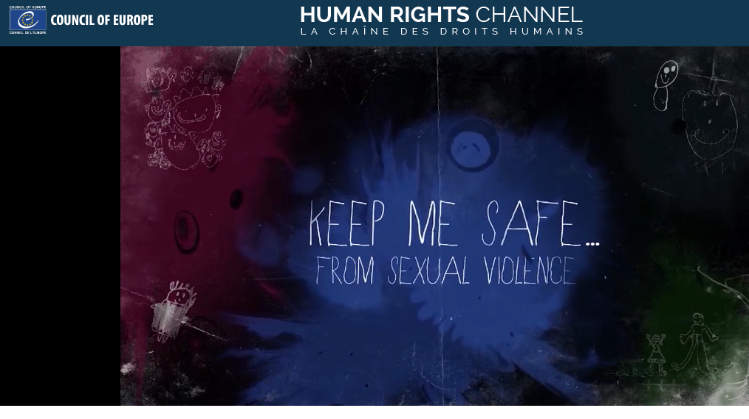 Despite COVID-19, we are hearing about increased incidences of exploitation and human trafficking of children and minors. This is mainly due to the increase in online activity as countless thousands resort to the internet, as a means of distraction during the times of lockdown and restrictions.

An estimated one child in five is a victim of sexual abuse. In the majority of cases, the abuser is someone close to, and trusted by, the child. How can we prevent such abuse? How can we equip our children to be aware in the first instance and pre-empt their vulnerability to sexual abuse online and in person?

In the link below, you will find a 12 minute video illustrating good practices in three member states of the Council of Europe: Iceland, Cyprus and France.

In Iceland, we see how children can be put at ease by a friendly environment which makes it easier to talk about abuse that has already taken place.

In Cyprus and France, representatives from the Council of Europe visit  schools to learn how children are taught to talk more freely on this sensitive subject.

(The Lanzarote Convention requires the criminalisation of all sexual offences against children).

The Human Rights channel is a showcase for the Council of Europe’s extensive collection of videos & photo content on the themes of its core activities: Human Rights, Democracy and the rule of law. 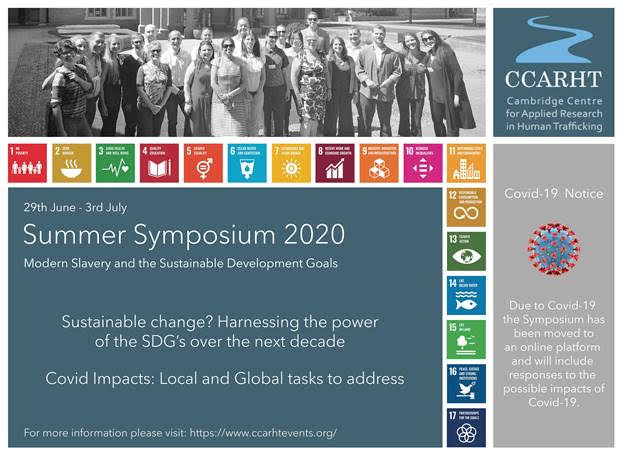 Due to COVID-19, this year’s programme will run via the Zoom online platform.