With the increased incidences of child trafficking worldwide, RENATE has commenced research which seeks to map the extent of child trafficking in Europe and the efforts underway to both combat and prevent its occurrence.
The research extends to seven European countries, all of which have representative members in the RENATE network. The participating countries are Albania, Hungary, Italy, Malta, Slovakia, The Netherlands and Ukraine.
Dr. Carrie Pemberton Ford, of the CCAHRT (Cambridge Centre for Applied Research in Human Trafficking) is currently finalising the research. In the first instance, the research is informed by  individual RENATE members working at grassroots level in the participating countries.
Additional factual data available from reliable sources such as the IOM, GRETA, TIP reports, UNICEF and UNODC reports enrich the research.
It is intended that once published, readers will gain a deeper understanding of the multiple challenges and hazards experienced by minors and youth in the current migration funnel accessing the European Economic Community. Such access is via the well-documented Mediterranean routes and the evolving counter-routes. Such routes are created by traffickers and people smugglers, profiting from the desperation of many fleeing their homelands in search of improved living circumstances.
The research highlights the full extent of the vulnerability of both indigenous and migrant children to issues around securing safety, gaining access to alimentation and paying off the debts incurred through migration either for themselves or their wider family.
The solutions arrived at, ranging from transactional sex, begging, selling contraband goods (cigarettes, CDs and other items in a long catalogue of illicit goods sold through criminal gangs) and other risky activities, bring countless thousands of children and minors into the trafficking nexus.
Each child encountering danger, detention, deprivation and discrimination, is one too many.
Full research to be launched in June of this year.
Prepared by Anne Kelleher, RENATE Communications.

International Day of Remembrance for Victims of Slavery and the Transatlantic Slave Trade-25 March 2018.


‘’The transatlantic slave trade was the largest forced and legally sanctioned migration in human history. More than 15 million men, women and children from Africa were enslaved. The International Day of Remembrance was established to acknowledge a brutal chapter in human history, and to raise awareness of the dangers of racism and prejudice today. As we mark the 70th anniversary of the Universal Declaration of Human Rights this year, let us honour those who perished or suffered under slavery. Let us celebrate the gains of people of African descent. And let us press, every day and everywhere, to defend the dignity of every human being.’’ U.N Secretary General’s message to mark the International Day of remembrance for Victims of Slavery and the Transatlantic Slave Trade.
A commemorative Programme of activities are scheduled to take place at the U.N. on dates throughout March. Events such as screening of the film ‘’Familiar Faces/Unexpected Places: A Global African Diaspora,’’ through to exhibitions such as ‘’Remember Slavery: Say it Loud,’’ NGO briefings and a Global Student Video Conference on the theme ‘’’Remember Slavery: Triumphs and Struggles for Freedom and Equality,’’ aim to mobilize educational institutions, civil society and other organizations to inculcate in future generations the “causes, consequences and lessons of the transatlantic slave trade, and to communicate the dangers of racism and prejudice.” (U.N. Resolution 62/122, 17 December, 2007).
Prepared by Anne Kelleher, RENATE Communications.

Concerns about Human Trafficking are amongst the questions posed by young people who met Pope Francis ahead of his Synod with Bishops, March 2018. 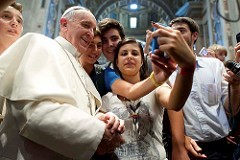 In preparation for his Synod meeting with Bishops this week, Pope Francis met with an international  group of young people on 19 March, to discern their concerns and offer his wisdom and direction as they grow in faith.
Amongst the questions posed, were the following:

UNICEF Report February 2018- Children on the Move: Facts and Figures.

Recently published, (February 2018), this report provides up-to-date data on Children on the Move, beginning with 10 key facts, such as:

RENATE subscribes to the core principles underpinning UNICEF’s Agenda for Children on the Move:

5 Press for action on the causes that uproot children from their homes.

Commission on the Status of Women – CSW62- New York.

Congratulations to RENATE member Lynda Dearlove rsm MBE (GB Institute) and Angela Reed rsm, members of a multi-disciplinary panel of speakers at a side event Preventing Human Trafficking among Rural Women and Girls: Integrating Inherent Dignity into a Human Rights Model.
The speakers addressed key aspects relating to the trafficking of rural women, human rights, human agency and also the denial of human dignity.
The discussions included personal experience of human trafficking survival, by Ms. Mely Lenario; Rights-based advocacy; Optimal Life-Course Conditions as one model of prevention; Rural Slavery Supply Chains; The work of women Religious in preventing trafficking among rural women and supporting survivors; sharing best practice.
The side event was televised on UN Web TV on 13 March last and is available at: http://webtv.un.org/watch/player/5752837968001
The event was jointly sponsored by Permanent Observer Mission of the Holy See to the United Nations, Mercy International Association Mercy Global Action, Society of the Sacred Heart, The Arise Foundation, [email protected], Congregation of Our Lady of Charity of the Good Shepherd, Institute of the Blessed Virgin Mary, UNANIMA and the National Board of Catholic Women (UK). 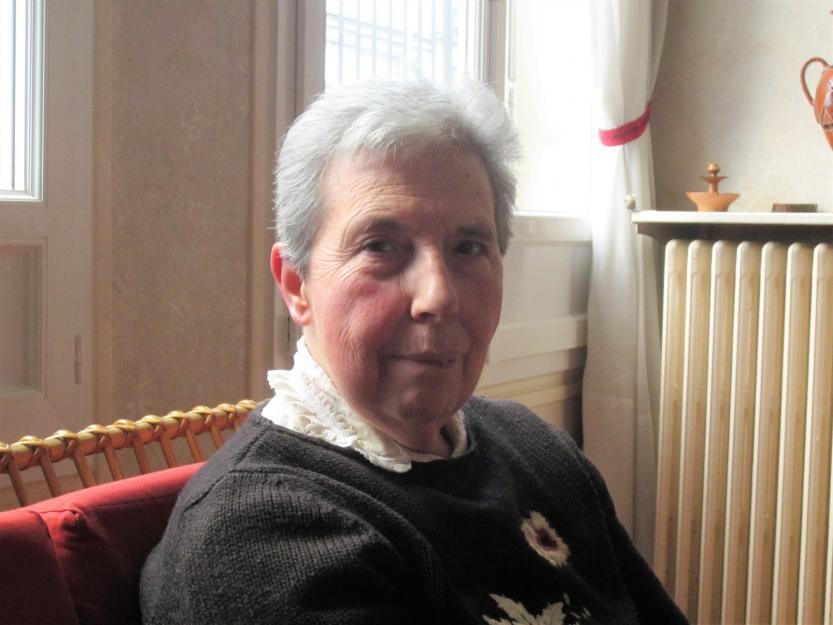 ‘’After three years in Congo, she decided to stay and joined the Missionary Sisters of Our Lady of Africa, also known as the White Sisters. “I wanted to stay on and share what I had received,” says Begoña Iñarra, who joined the MSOLA having previously graduated with a degree in chemistry.
With life experiences gleaned from living in community in the Congo, Uganda, Ethiopia, Eritrea, Mozambique, Kenya, Canada and latterly in Europe, Begoña is well placed to share the benefits of her experiences as she urges greater cooperation between Europe and Africa of the scourge of Hunan Trafficking is to be conquered.
Full article from Global Sisters Report
http://globalsistersreport.org/blog/q/ministry-trafficking/q-sr-begoña-iñarra-seeking-anti-trafficking-cooperation-between-africa?utm_source=GSR%20digest%203-20-18&utm_campaign=cc&utm_medium=email
Prepared by Anne Kelleher, RENATE Communications.

The award ceremony took place on March 15 in Bristol. The short film competition was announced by the organisation Unchosen who use the power of film in fight against-modern slavery.
“Ivan died at the age of 48, at the consequences of the disease less than two years after his rescue. It was on February 7, 2016 – the eve of Saint Bakhita´s Day, the patron of trafficked victims….”

See the winning film:
Posted on March 16th, 2018 By developer

Mabel Mariotti, MCCI,  a Comboni sister working with SOLWODI Germany and a member of RENATE, is scheduled to speak on behalf of RENATE at the Global Compact Conference taking place at the Catholic Academy in Berlin on Friday, 16 March 2018.
Mabel shares the 6th and final session of the conference with H.E. Mr. Kevin Hyland, OBE, UK Anti-Slavery Commissioner and Mr. Carsten Moritz, head of the Human Trafficking Unit, German Federal Criminal Police Office. This session addresses the theme Protecting: Suppressing Human Trafficking. Mabel will present on the topic: Solidarity with Women in Distress (SOLWODI) & Religious in Europe Networking Against Trafficking and Exploitation (RENATE).
The Conference Programme is available at: file:///C:/Users/akell/Downloads/Agenda%20-%20Conference%20Global%20Compacts%20Berlin%2016-03-2018%20(08-03-2018)%20(002)%20(1).pdf
Watch this space for a report on the Global Compact Conference, which will feature at a later stage.
Prepared by Anne Kelleher, RENATE Communications Person.