The UISG – International Union of Superiors General, have a comprehensive series of events, meetings and formation courses listed on their website. 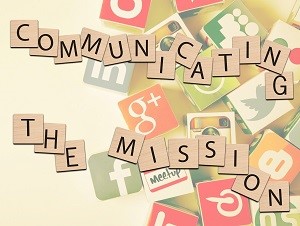 There are Sabbatical options in Italy, the UK and the United States of America.
Two Webinars are on offer; 18 October, at 15.00 (Rome time)- Exploring online and printed Directories for Fundraising Mission– here
16 November, at 15.00 (Rome time)- New approaches to initial formation for Sisters. – here
Conversations at UISG, covering topics such as New approaches towards initial formation for sisters,  9 October, 09.30-12.00 noon, Rome time and Interculturality and Religious life, 24 October, 09.30 -12.00 noon.
Full information on the above and more information on courses and seminars, at http://www.internationalunionsuperiorsgeneral.org/meetings/formation/
Prepared by Anne Kelleher, RENATE Communications

Tune in to the Live broadcast at the UN General Assembly; 24th plenary meeting on the appraisal of the United Nation’s Global Plan of Action to Combat Trafficking in Persons:
http://webtv.un.org/watch/mira-sorvino-unodc-goodwill-ambassador-at-high-level-meeting-of-the-general-assembly-on-the-appraisal-of-the-united-nations-global-plan-of-action-to-combat-trafficking-in-persons/5590599660001/
Prepared by Anne Kelleher, RENATE Communications Person.

Mary Ward Loreto staff have now concluded the process towards arriving at a Safeguarding Protocol, applicable to all staff in the various projects under the auspices of Albania Hope. 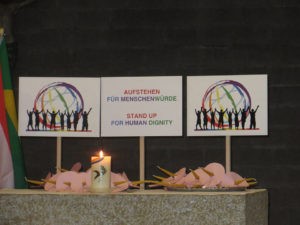 The Sisters of Mercy of the Holy Cross (SCSC) have a membership of more than 3,200 worldwide, in numerous Provinces and Vicariates, engaged at various levels in social, educational and pastoral projects for the benefit of humanity.
Included are three RENATE Working Board members, Sr. Gabriella Legrádí (Hungary); Sr. Viktorija Šimić, (Croatia) and Sr. Klara Marie Stráníková, (Czech Republic). You will have read on the RENATE website of their respective work to combat human trafficking and help with support and prayer for the victims of human trafficking and exploitation.
Coordinators of the various SCSC Provinces and Vicariates engaged in the apostolate of fighting against trafficking in human beings, have just concluded a week-long period of reflection and discernment on the theme ‘’To Stand up for Human Dignity, ’’ 18-25 September, 2017.
The Sisters enjoyed presentations from those involved at various levels in working against the different forms of human trafficking, including PowerPoint presentations by Sr. Gabriella, Sr. Klara Marie and Sr. Viktorija.

Sr. Lea Ackermann, founder of SOLWODI, spent a day with the conference members, speaking about the ministry of engaging with women who are suffering.
The Sisters at the Conference strengthened their resolve to further developing structures which will facilitate networking amongst the congregational houses worldwide,  in order to combat human trafficking and bring solace to victims and survivors.
For more: https://www.scsc-ingenbohl.org/en/category/news-en/
www.scsc-ingenbohl.org
Prepared by Anne Kelleher, RENATE Communications Person, following interview with Sr. Gabriela Legrádí, SCSC.

United Nations informed that Human Trafficking is a defining priority for Pope Francis.


Archbishop Paul Richard Gallagher , the Holy See’s Secretary for Relations with States, told global leaders at a UN event on 19 September that trafficking is one of the defining priorities of Pope Francis’ papacy, requiring a multi-faceted approach.
While the church has been speaking out against these abuses for decades, Archbishop Gallagher spoke of the concrete ways in which the church is taking action, specifically with reference to the establishment of the Santa Marta group and partnership with law enforcement authorities. Archbishop Gallagher paid tribute to the British government, in their appointment of the Independent Anti-Slavery Commissioner, H.E. Kevin Hyland, OBE.
Of particular note was the acknowledgement of the work and varied roles played by female Religious, in prevention and awareness-raising about human trafficking, as well as their work in support of survivors, by means of psychological and medical supports; shelter in safe houses; rehabilitation programmes and vocational upskilling.
The full text of Archbishop Gallagher’s speech is here
Adapted by Anne Kelleher, RENATE Communications Person.
Posted on September 22nd, 2017 By developer

The Talitha Kum Strategic Plan 2015-2018 provides for the creation of courses for the qualification of Talitha Kum members in the service of leadership.

The Talitha Kum Strategic Plan 2015-2018 provides for the creation of courses for the qualification of Talitha Kum members in the service of leadership.
The course will provide tools to enhance the skills that will support leaders in developing professional and relational skills, aimed at collaborating and managing activities. The course content includes leadership models, networking, programming and development, economic management, communication, fundraising. Participants will be required to present a final thesis at the end of the course.  This will serve the participant to find solutions to specific situations relevant to the network of which s/he is  part. From September, the site of the Pontificia Unversità Antonianum,  will be open the pre-registrations, which must be made online. The course will be recognized by the Antonianum Pontifical University.
Read more

Leading UK companies are starting to wake up to the fact that their existing systems for detecting worker abuse simply are not fit-for-purpose for uncovering modern slavery. But, as new initiatives emerge, the critical factor determining their success will be whether they meaningfully address the labour supply chains that feed their business.
It is these labour supply chains that make slavery-like practices seem invisible, even when the workers subjected to them are right in front of us in the farms, factories and construction sites that surround communities. The phrase ‘’hidden in plain sight’’ more aptly applies.
In an article by Andrew Crane and Genevieve LeBaron, Why Businesses fail to detect modern slavery at work (The Conversation, 11-09-2017), businesses are challenged to extend their understanding of responsible sourcing, to include consideration of the circumstances, wellbeing and working conditions of those who work to produce the goods in the first instance.
Full article at:
https://theconversation.com/why-businesses-fail-to-detect-modern-slavery-at-work-82344
Adapted by Anne Kelleher, RENATE Communications Person.

International Debate on Corruption- A Plan to stimulate conscience Anti-Corruption objectives of the Vatican, for 2018

On 31 July, 2017, the International Consultation Group for Justice, Corruption, Organised Crime and Mafias, (ICG), sponsored by the Pontifical Council for the Promotion of Integral Human Development, published a document reminding us of our ‘moral obligation’ to fight corruption in all its forms and to have a conscience about such matters. The text of the document is published in English by Radio Vatican .
The awakening of consciences.
The prefect of this Dicastery, Ghanaian Cardinal Peter Turkson, is the author of a recent book on corruption prefaced by Pope Francis that suggests the possibility of defeating corruption by means of a ‘new humanism,’ stating:
“A movement, an awakening of conscience is necessary. That’s our primary motivation, which we perceive as a moral obligation. The laws are necessary but insufficient. Action needs to be taken at three levels: education, culture and citizenship. In order to fight these phenomena, we need to act courageously and create awareness, in spite of the indifference that is widespread about the seriousness of these phenomena.’’
In February 2018, an intention of prayer will be: that those who have a physical, political or spiritual power do not slide towards corruption. Please the link below for more:
International Debate on Corruption- A Plan to stimulate conscience Anti-Corruption objectives of the Vatican, for 2018.

According to research recently published by the Alliance8.7 (comprising the International Labour Organization (ILO) and the Walk Free Foundation in partnership with the International Organization for Migration, (IOM), in 2016 more than 40. 3 million women, men and children globally, were victims of modern slavery. Of these people, 24.9 million were in forced labour and 15.4 million were in forced marriage.
The 2017 Global Estimates of Modern Slavery and Child Labour are presented as a contribution to the Sustainable Development Goals (SDGs), in particular to Target 8.7, which calls for effective measures to end forced labour, modern slavery and human trafficking as well as child labour in all its forms.
A series of matrices and statistical data is presented in both publications and summarised in the following link: 2017 Global Estimates of Modern Slavery and Child Labour.
Prepared by Anne Kelleher, RENATE Communications Person.

“Not infrequently, the victims of human trafficking and slavery are people who look for a way out of a situation of extreme poverty; taken in by false promises of employment, they often end up in the hands of criminal networks which organize human trafficking.” 2015