Talitha Kum Thailand educates teenagers about the threat and dangers of human trafficking. 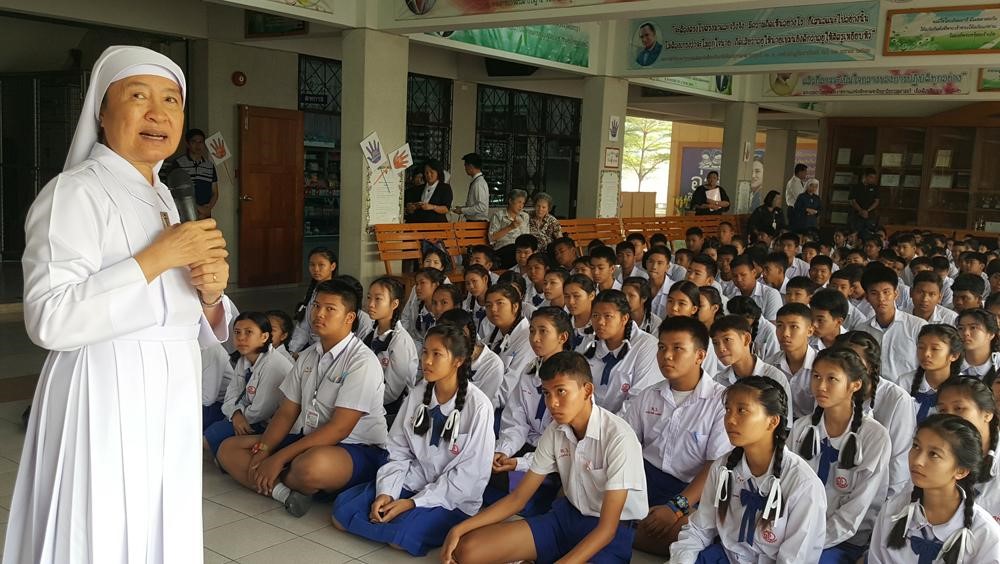 Talitha Kum is an international network of Consecrated Life against trafficking in persons. Founded in 2009, Talitha Kum arose from the shared desire to coordinate and strengthen the already existing activities against trafficking undertaken by consecrated men and women in 70 countries, on five continents.
Talitha Kum is a project of the International Union of Superiors general (UISG), in collaboration with the Union of Superiors General (USG) worldwide.
Sr. Kanlaya Trisopa, a member of the congregation of the Sacred Heart of Jesus of Bangkok, coordinator of Talitha Kum Thailand and early leader in anti-trafficking efforts, helps give presentations to students to raise awareness about the dangers of trafficking. (GSR photo / Gail DeGeorge). 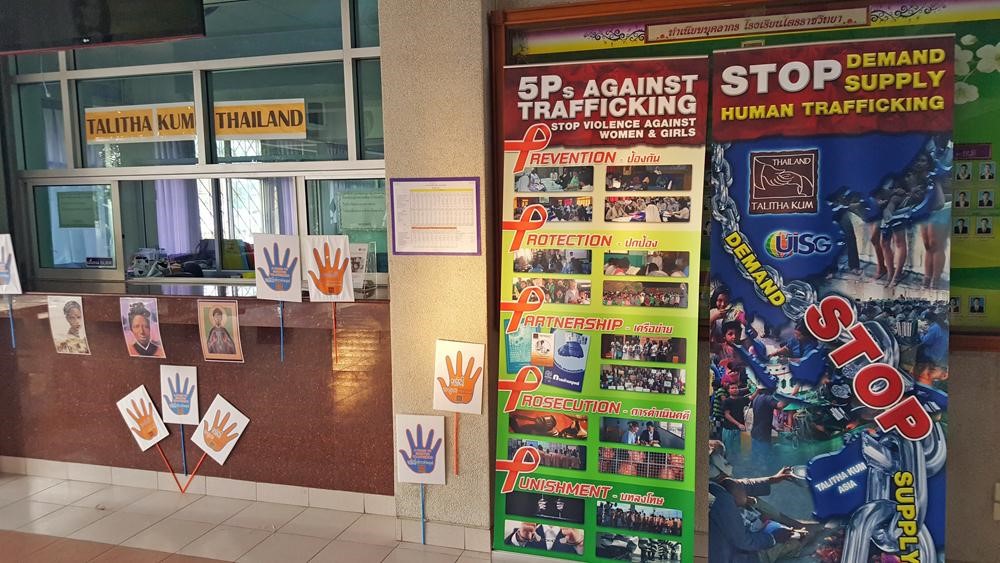 More than 300 students gathered to hear about the threats of human trafficking and how best to protect themselves from such a threat, as Religious members of Talitha Kum took time to educate the youth about human trafficking.
In India, 25 congregations participate in the Talitha Kum network. With such a network, it is expected that the collective strength in numbers will have a greater impact on preventing human trafficking than heretofore, when congregations worked individually.
Full report at http://globalsistersreport.org/news/talitha-kum-thailand-educates-teens-threat-human-trafficking-46236
Adapted by Anne Kelleher, RENATE Communications, from an original report by Gail DeGeorge, editor of Global Sisters Report.

The newly appointed Director-General of the Nigerian National Agency for the Prohibition of Trafficking in Persons (NAPTIP), has called for intelligence sharing between Nigeria and European countries to combat the menace of human trafficking.

Ms. Julie Okah-Donli made the appeal when she received Finland’s Ambassador to Nigeria, Ms Jirjo Suomela-Chowdhury, who led a team on a visit to Abuja on 24 April 2017.
Ms Okah-Donli explained that for the fight against human trafficking to be won, intelligence -gathering was a basic requirement.
“There must be sustained cooperation, capacity building, surveillance and well as intelligence-sharing as some of the basic ingredients for combating the menace of human trafficking that is presently a global concern. I am also worried over the plights of Nigerian-Europe bound migrants especially on the issues of illegal migrants,” Ms. Okah-Donli said.
RENATE members working with Europe-bound migrants welcome this statement from the NAPTIP, in the belief that there is strength in numbers when fighting to put an end to trafficking and exploitation.
For more, please see https://www.nigeriatoday.ng/2017/04/human-trafficking-naptip-d-g-urges-intelligence-sharing/
http://www.vanguardngr.com/2017/04/human-trafficking-naptip-d-g-urges-intelligence-sharing/
Adapted by Anne Kelleher, RENATE Communications.

Ms. Anna Skarhed, Chancellor of Justice in Sweden, speaks about legislation that prohibits the purchase of sexual services. 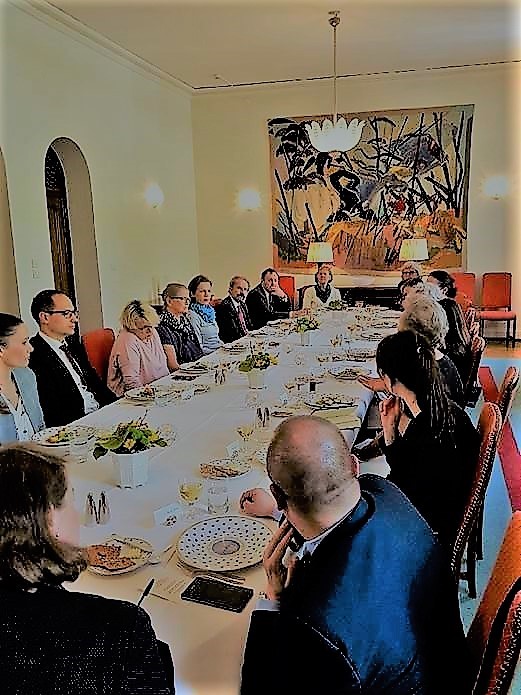 Following an invitation from the Ambassador of Sweden to Poland, Mrs. Inga Eriksson Fogh, RENATE Member, Aneta Grabowska, joined a luncheon to meet Ms. Anna Skarhed, Chancellor of Justice in Sweden. The event was held at the Ambassador’s Residence in Warsaw on Monday, 10th April 2017. It was a unique opportunity to hear directly from the Chancellor of Justice, about the Swedish legislation that prohibits the purchase of sexual services and to address questions in the presence of experts.
There were thirteen Polish guests, representing different institutions and organisations which contribute to the eradication of modern slavery on various levels, from legislation, through academic research to the provision of direct support to the victims. It is important to mention the presence of representatives from the Ministry of Interior, the Polish Ombudsman, Border Guards, Warsaw University (Human Trafficking Studies Centre), La Strada Foundation, You Can Free Us ngo and PoMOC Association (represented by Aneta Grabowska).
The Ambassador led the two-hour programme, including a short presentation from Ms. Anna Skarhed which was followed by discussion. It was most interesting to hear about the impact of the law – introduced in Sweden in 1999 – which penalises the clients of prostitution. purshasers of sex. It forbids the purchase of sexual services and at the time, was the first instance of this particular legislation. The Chancellor said that since the law was implemented, there were no cases of violence reported by women to the Police. It definitely helped to stop brutality against women and even if the law did not stop prostitution completely, it is now safer for the women. The statistics indicate that demand for prostitution in Sweden before 1999 involved 13% of the population and it dropped to 8% after the law was introduced. 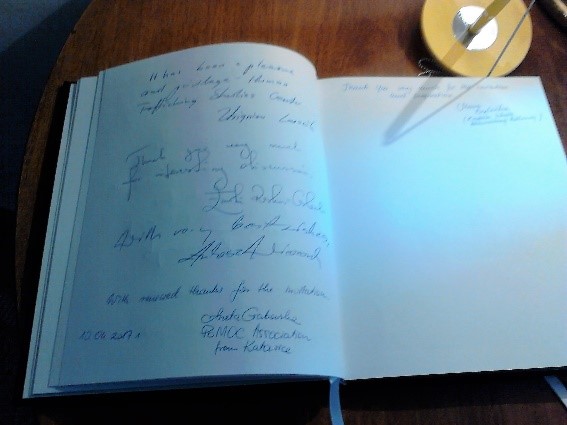 As of 2009, both Norway and Iceland had enacted laws similar to Sweden’s. This legislation is gender-neutral in regard to both buyers and sellers. Practically speaking, however, it focuses on the demand for women and children who are exploited sexually and it criminalizes the sex buyers who, typically, are men. On the other hand, the sale of sexual services is not punishable by law. It is this view of sex buyers and sex sellers that is the foundation of “the Swedish model” – from ‘’Targeting the sex buyer” by Kajsa Claude which can be a source of further details.
Booklet with information about the Swedish model is available at:
https://eng.si.se/wp-content/uploads/sites/4/2013/02/Targeting-the-sex-buyer-English.pdf
Author: Aneta Grabowska.

Child refugees in Europe ‘forced to sell their bodies’ to pay smugglers. 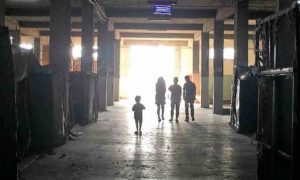 Dr Vasileia Digidiki and Prof Jacqueline Bhabha at the Harvard University’s Centre for Health and Human Rights, claim in their recently published report, (Emergency within an Emergency: Exploitation of Migrant Children in Greece, 17-04-2017), there is widespread sexual exploitation of migrant children in Greece.
Young people inside a refugee camp in north-east Greece. Photograph: Patrick Kingsley for the Guardian
and Pakistan, minors often get separated from their families and are stranded without any adult protection or resources to continue their journey. Sadly, many fall victim to transactional sex, hoping to make enough money to pay people-smugglers to transport them to Europe.
The report is particularly timely as RENATE embarks on a mapping exercise on the extent of Child Trafficking amongst a number of its member countries.
Cited in The Guardian (18-04-2017), the findings are being used by civil rights and social justice groups world-wide, to urge governments to end human trafficking.
“This emergency can no longer be ignored. We can no longer sit idle while migrant children are abused and forced to sell their bodies in broad daylight and plain sight in the heart of Athens simply to survive.
“It is our responsibility as human beings to face this emergency head on and take immediate action at every level to put an end to this most heinous violation of dignity and human rights” (Dr. Digidiki).
For more: https://fxb.harvard.edu/new-report-emergency-within-an-emergency-exploitation-of-migrant-children-in-greece/
Additional: https://www.theguardian.com/society/2017/apr/18/child-refugees-in-europe-forced-to-sell-bodies-to-pay-smugglers?
utm_source=esp&utm_medium=Email&utm_campaign=GU+Today+main+NEW+H+categories&utm_
term=222239&subid=15117800&CMP=EMCNEWEML6619I2
Full report at : https://cdn2.sph.harvard.edu/wp-content/uploads/sites/5/2017/04/Emergency-Within-an-Emergency-FXB.pdf
Prepared by Anne Kelleher, RENATE Communications.

The Desperate Journey of a Trafficked Girl.


RENATE member Eilis Coe shares with us a significant awareness-raising article entitled The Desperate Journey of a Trafficked Girl, written by Ben Staub and featured in The New Yorker Magazine, 10 April 2017.
Detailing the struggles of countless thousands of migrants trying to make the perilous journey from Libya across the Mediterranean, journalist Ben Taub taps into the personal experiences of those whom he encountered on his research for the article.
Be sure to access the video clip which features one third of the way through the article. The video features live footage of convoys of trucks crossing the desert, smuggling people and follows with a live- interview with Ben Taub, who recounts his own personal journey in writing the article.
http://www.newyorker.com/magazine/2017/04/10/the-desperate-journey-of-a-trafficked-girl
Prepared by Anne Kelleher, RENATE Communications. 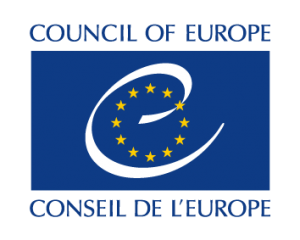 Mr. Thorbjørn Jagland, Secretary General of the Council of Europe, welcomed the Czech Republic’s ratification of the process which will see the Council of Europe’s Convention on Action against Trafficking in Human Beings (Warsaw, 16 May 2005), take effect in the Czech    Republic as of July 1, 2017.
From that date, 47 Council of Europe members will have ratified the Convention, which is legally binding. Mr. Jagland shared the view that ‘’from now on, the Czech Republic will apply the same standards in this respect like the remaining 46 EC countries in order to prevent the trafficking in people, protect the victims and prosecute the offenders.’’
Czech police have been registering an increasing number of victims of human trafficking. In 2014, 67 victims were registered, which represented a 10% increase on the previous year. Of those registered, sexual and labour exploitation were the main purposes.
According to the Czech Interior Ministry, the main countries of origin of the victims are Bulgaria, Croatia, the Czech Republic, Moldova, Nigeria, Slovakia, the Ukraine and Romania.
Britain, Germany, Slovenia and the Netherlands have been identified as the principle destination countries.
Anne Kelleher, RENATE Communications.

RENATE member reaches out and takes opportunity to raise awareness about Human Trafficking.

Our colleagues at RENATE-France, share with us a reflection by Sr. Begoña Iñarra, SMNDA, on her recent presentation on the realities of Human Trafficking, having been invited to speak to the local community at Communauté des Ancelles du Sacré Cœur, near d’Avernes in the département of du Val-d’Oise, in the region of the Île-de-France.
Full article is available at:
https://renatefrance.wordpress.com/2017/04/18/sensibilisation-a-la-traite-humaine-a-avernes/
Adapted by Anne Kelleher, RENATE Europe Communications.

The Typology of Modern Slavery. 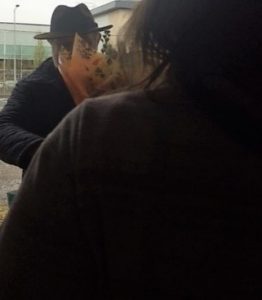 In March 2017, Polaris in the United States of America, published The Typology of Modern Slavery: Defining Sex and Labour Trafficking in the United States.
Through an analysis of more than 32,000 cases of human trafficking documented between December 2007 and December 2016, Polaris’s research team developed a classification system that identifies 25 types of human trafficking in the United States of America.
Ranging from escort services to domestic work and from the forestry and logging industry to recreational facilities, the Typology claims to ‘’offer a map for taking the next steps in creating a world without slavery.’’
Extensive in content, the team acknowledge modern slavery is complex and diverse and many manifestations have yet to be classified. Survivors, experts and practitioners are invited to share input and help to further refine the classification system for greater accuracy.
Arguably, this classification may have worldwide applicability.
The Typology is accessible at: file:///C:/Users/akell/Downloads/Polaris-Typology-of-Modern-Slavery.pd
Prepared by Anne Kelleher, RENATE Communications.

Sr. Gabriella Bottani, Coordinator of Talitha Kum, shares with us an excerpt from The Way of the Cross, which Pope Francis will lead on Good Friday, 14th April 2017. 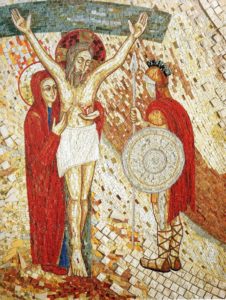 ‘’Lord our God, graciously look upon and bless all that women everywhere do to revere weak and vulnerable bodies, surrounding them with kindness and respect.
Grant too that we, who have accompanied you along this path of love to the very end, together with the women of the Gospel, may remain in expectant prayer. For we know that our prayers will be answered by the resurrection of Jesus, which your Church now prepares to celebrate in the joy of Easter night.’’
(Prayer – Way of the Cross led by POPE FRANCIS April 14th 2017).
Please click here to read the Easter Greetings from Talitha Kum Pasqua, 2017.
Prepared by Anne Kelleher, RENATE Communications person.

Papers presented at the Organisation for Security and Cooperation in Europe’s (OSCE) 17th Alliance against Trafficking in Persons Conference, 3-4 April 2017. Vienna.