A report from the Centre for Social Justice in the UK, has called on the government to increase cross-border police operations in order to address the problem of increased human trafficking. 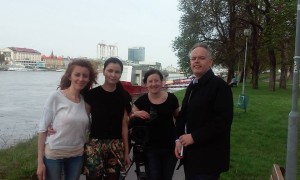 The European Union’s open borders policy has provided increased opportunities for trafficking of people, which has become a very profitable business.
Michael Buchanan’s report gives an insight into the situation in eastern Slovakia, when he recently visited and met with the staff who work at Caritas Slovakia. This report is available at http://www.bbc.com/news/uk-32407812


Fundacion de Solidaridad Amaranta, Spain and member of RENATE, is pleased to announce that the art exhibition entitled ‘’The Black Tears,’’ will be held at The Other Art Fair, at Victoria House, Southampton Row, London, WC1B 4DA.
The objective of the Black Tears Project is to raise social awareness and funds for two organisations: Proyecto Esperanza which combats human trafficking in Spain and Amaranta Foundation which combats sexual slavery of women and girls in Asia (Siliguri, India).
Since June 2013, the Black Tears Project has brought together 2,245 women across 46 countries to create one monumental tapestry. Following 8980 working hours of stitching and sewing, the completed tapestry will now be exhibited internationally and will be  launched in the UK, at The Other Art Fair, this April.
At the nucleus of the tapestry lies a woman curled up on a bench, her heart ‘stopped by grief’. She is surrounded by hundreds of blue sewn canvases, each 15x15cm square; a product of meticulous care and skill from women across the world. These canvases (‘tears’) appear to multiply and spread, to create a magnificent spectacle and an artwork measuring 14mx2m.

The tapestry will be auctioned in June 2015 to support both these organisations.
The Other Art Fair provides an opportunity to get exposure to a large number of people, with the Fair being publicised in the print media such as The Times, The Guardian, The Telegraph, Time Out and many more publications.
In addition, partners of The Other Art Fair include; International New York Times, Elephant Magazine, Fever Tree, STATE magazine, Modern Painters, Aesthetica, Cass Art, Art Below, The Conran Shop, FAD, Club Monaco, The May Fair Hotel, TOMS Shoes, Art Fund, Polaroid, Jotta, Culture Label, Sipsmith, The Breakfast Club.
For information, please see:
http://arteyconcienciacionsocial.com/en/eventos.html
https://www.facebook.com/blacktearsproject

The Presentation Sisters opened a Centre in 2004 which includes a Pre-school. This clip shows Sr. Anne collecting children from the outlying Roma settlements 3km from the town and providing transport for them to attend the Pre-school. This is done because the Municipality of the town of Spišské Podhradie is not willing to provide transport.
Link to the video: Na 5 minút s nami: Iná škôlka 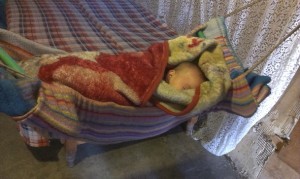 “It’s what we have when we have nothing that defines our relation to nature and the effect of nature on the soul. Then we begin to realise that we do not exist outside of nature or above nature or independent of nature; we are simply its most vulnerable part.
What we learn from nature may make the whole difference in the way we go through life and what we want from it, and what we consider important in it, and- most of all- what we are capable of learning by being alive.” Sr. Joan Chittister, OSB. Becoming Fully Human; The Greatest Glory of God. 2005
2015 marks the 45th anniversary of Earth Day, which was founded in 1970. In terms of care for the earth and environmental awareness, we like to think that we have come a long way since the 1970s but in light of Pope Francis’ statement, January ‘’It is man [sic] who has slapped nature in the face, ’’ there is still a long road ahead as we try to honour our obligations to care for the world we all live in and share.
Ms. Gina McCarthy, head of the U.S. Environmental Protection Agency, stated at her meeting with Pope Francis in late January,  “…It’s important to have Pope Francis continue to speak as clearly as he can because there are millions if not billions of people at risk here who the Catholic church and other faiths have been focused on for many, many years and it’s those individuals that we need to speak for, and to help.’’
Pope Francis, who took his name from St. Francis of Assisi, the patron saint of the environment- has made care for the environment another hallmark of his papacy.  It is expected that the Vatican will issue an Encyclical on the environment in July, 2015.  believing that ‘’A Christian who does not protect creation, who does not let it grow, is a Christian who does not care about the work of God; that work that was born from the love of God for us…and this is the first response to the first creation: protect creation, make it grow.’’ (Pope Francis, 9th February, 2015). 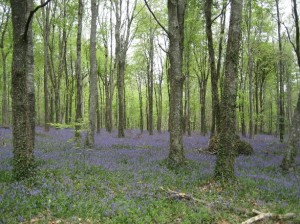 RENATE believes that our failure to respect the Earth is linked with consumerism, greed, conflicts which lead to the annihilation of the dignity of the human person – all of which contribute to human trafficking and the exploitation of persons.
For more information, please see:
‘’Protect the Earth, Dignify Humanity: The Moral Dimensions of Climate Change & Sustainable Development, ’’ summit to be held on the 28th April, 2015 at Casina Pio IV, Vatican City, Rome.
www.pas.va (Pontifical Academy of Sciences) & www.pass.va (Pontifical Academy of Social Sciences).
www.earthday.org/2015 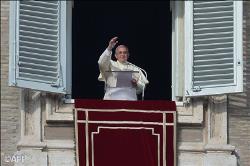 ‘’They are men and women like us , our brothers seeking a better life, starving, persecuted, wounded, exploited, victims of war. They were looking for a better life.’’ Pope Francis, 19-04-2015
Pope Francis expressed his heartfelt pain at the latest tragedy to befall migrants fleeing war and persecution. The boat carrying several hundred migrants capsised off the coast of Libya.  This is but one of worst disasters seen in the Mediterranean migrant crisis. By lunch time on the 20th of April, a second boat ran aground off the coast of the Greek island of Rhodes, with the subsequent deaths of numerous migrants.
Read more…
Since the start of 2014, nearly 200,000 people have been rescued at sea by Italy. All the EU countries are being called to respond more actively to help rescue and shelter migrants, desperate to escape war, persecution and poverty.
This emergency situation in the Mediterranean was placed at the top of the agenda of yesterday   morning’s previously scheduled meeting of European Foreign Ministers, in Luxembourg, with Ministers observing a minute’s silence in prayer for those affected by the tragic drownings over both the weekend and Monday.
The Italian and Maltese Foreign Ministers made impassioned pleas to member States for greater solidarity in the provision of humanitarian aid and not to simply leave it to one or two countries. They called for greater resourcing of the Triton Initiative – funds, boats, helicopters and personnel.
At the heart of the matter is the problem of illegal trafficking of people. The exploitation of people fleeing for their lives, become ‘prey’ to traffickers. All of which poses the challenge for Justice Departments to address adequately the criminal activities of traffickers.
The European Union is due to publish a new Migration Strategy paper in May 2015, to address would-be migrants at their country of origin.


Arising from an urgently convened meeting of all European Justice and Home Affairs Ministers last evening, the European Union has devised a 10-point Plan which it is hoped will help to try to find ways to address this crisis
Some of the proposed plans to be considered at a special meeting of the European Council on the 23rd April, include:

‘’What happened off the coast of Italy, what happens every day at the southern border of Europe, is unacceptable for a union that was built on the principles of solidarity, respect for human rights and dignity for all…We need to fight the trafficking of human beings… ‘’
(EU Foreign Policy Chief, Federica Mogherini – 20th April, 2015).
RENATE offers prayers that the European partners collaborate to act swiftly to stop the trafficking of people across the Mediterranean and create long-lasting measures which will put an end to war and strife, which cause so many to flee in search of safety and a better life.
Compiled by Anne Kelleher
RENATE Communications Person

Way of the Cross to End Human Trafficking

This Way of the Cross is for us to pray everyday, in union with our many trafficked sisters and brothers who suffer daily on this cross with Jesus. We thank Sr. Marie Hélène Halligon RGS for sharing this prayer with us.
Way of the Cross to End Human Trafficking

RENATE welcomes all website visitors to read the third edition of its newsletter. Your feedback will be very much appreciated. Thank you.
Full text available here: RENATE Newsletter No.3_March 2015